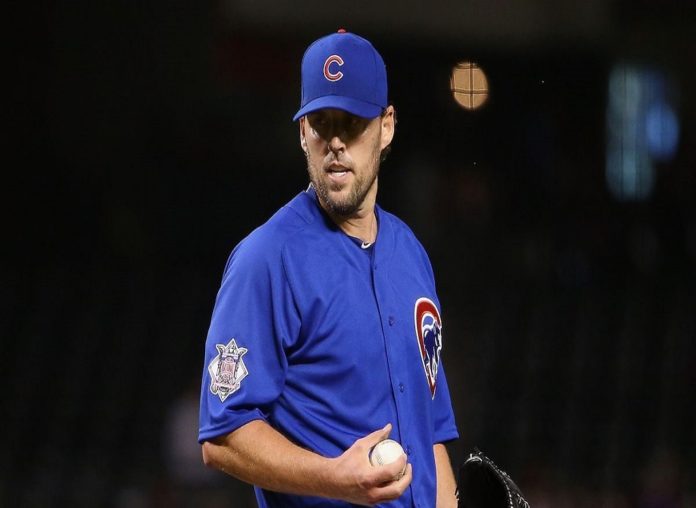 While Jake Arrieta and Jon Lester receive the majority of the press, John Lackey has had a solid season and has strung together a great stretch of starts recently. While Lester just picked up NL Player of the Week honors with a 2-0 record, giving up zero earned runs (he did allow an unearned run in the win against Atlanta on Sunday) on nine hits and striking out 16 in 15 innings, John Lackey’s last two starts have been just as impressive. He’s also 2-0, but doesn’t even have that unearned run. He’s thrown 13 2/3 scoreless innings and has 17 strikeouts against just two walks.

Since giving up six earned runs to the Reds back on April 23, Lackey has allowed just 11 runs (10 earned) in his past eight starts. In those 56 2/3 innings, the veteran right-hander has 57 strikeouts as opposed to just 13 walks and his only defeat in that time came in a 1-0 loss to the Padres.

The Nationals will counter with Gio Gonzalez, who hasn’t been quite as effective as of late. In his last four starts, all of which were losses, he’s given up 21 runs and 30 hits in 22 2/3 innings. On top of that, the Cubs roughed him up a bit back on May 7 at Wrigley, getting him for five runs and seven hits in 5 2/3 innings.

Albert Almora Jr.’s Role With The Cubs Just Got Smaller