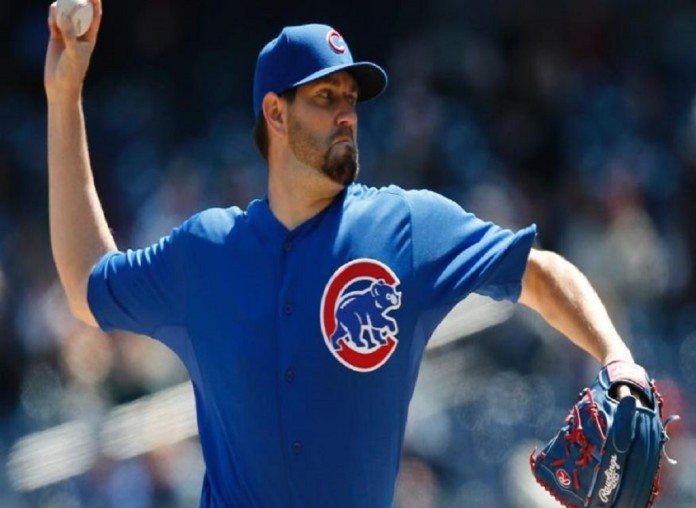 Jason Hammel has dominated the Washington Nationals throughout his career, posting a 9-0 record and a 3.16 ERA, and he’ll need yet another dominating performance in today’s series finale, which is also the last time these two clubs will meet….that is, unless an October date rolls around.

Hammel has gone 1-1 since being taken out of his May 30 against the Dodgers after just two innings due to cramping. He pitched seven innings of two-run, one-hit baseball against Arizona, but didn’t look quite as sharp in his most recent outing, taking the loss after allowing three runs and eight hits in 5 2/3 innings against the Braves last Friday night. Hammel took a no-decision against the Nats on May 7 at Wrigley Field after giving up three runs on four hits in five innings.

Washington will counter with undefeated Stephen Strasburg, who actually hasn’t faced the Cubs in three years. He’s either been injured or his turn in the rotation didn’t come up when these two teams got together, so he hasn’t faced some of the younger Cubs players. However, somebody who’s got plenty of experience facing Strasburg is Jason Heyward, who’ll bat in his customary second spot this afternoon. The right fielder has gone 14-for-34 in his career against the Nationals’ ace with three doubles, three walks, a home run and four runs batted in. It will be interesting to see how the rest of the Cubs’ youngsters fare against him this afternoon.