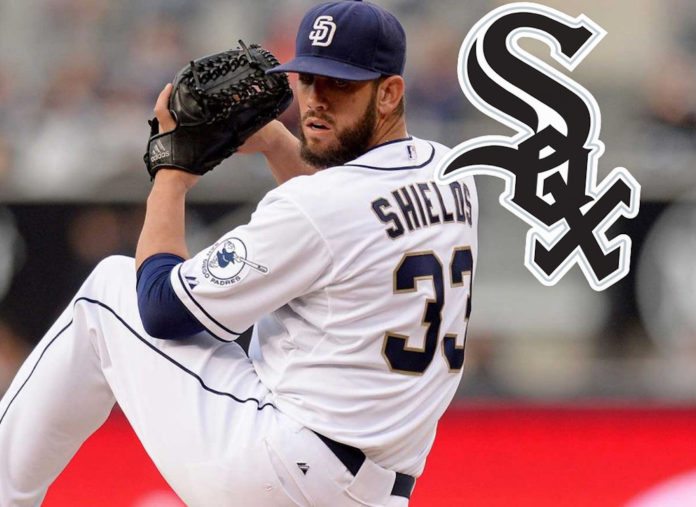 James Shields makes his debut for the Chicago White Sox tonight and seems to be excited about being on the South Side. Speaking with MLB.com, the 34-year-old right-hander discussed the trade that brought him from San Diego to Chicago.

“It was a little bittersweet. Obviously, I live in San Diego, it’s my home and I signed to go there. We had big plans to go there.

Shields faces a tough test in his debut as he faces a Washington Nationals lineup that put up ten runs in the series opener, which is actually the amount of runs that Shields gave up to the Mariners in his final outing as a member of the San Diego Padres. Not having given up more than four runs in any of his first ten starts, he was rocked by Seattle last Tuesday and exited after 2 2/3 innings. Boasting a respectable 3.06 ERA entering the game, Shields saw it jump to 4.28 after only 79 pitches. Tonight’s Nationals starters have hit him somewhat well, going a collective 19-for-57 (.333).

The Nats will counter with former Cy Young Award winner Max Scherzer, who’s had an up and down season thus far, but is coming off of a solid outing against the Phillies in which he allowed just two runs on five hits in eight innings and struck out 11. Earlier this season, Scherzer tied a major league record by striking out 20 batters in a game against his former team, the Detroit Tigers. This will be Scherzer’s 24th career start against the White Sox.

White Sox Officially Place Another Starter On The Injured List