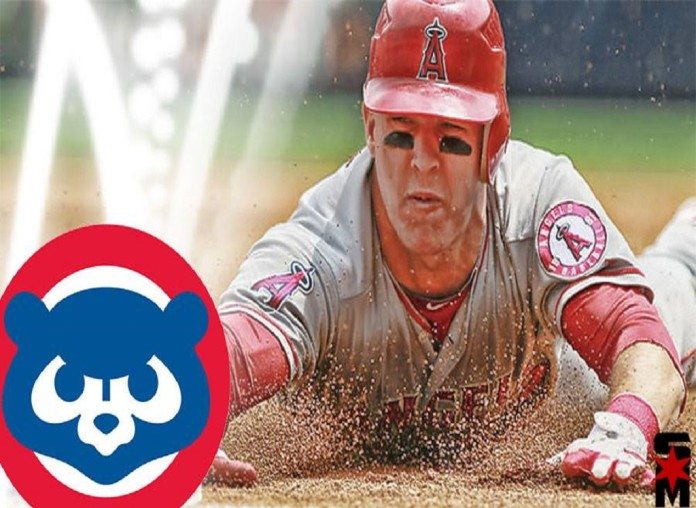 We’re about six weeks into the baseball season which usually means that trade rumors really start flying around. And there’s certainly no bigger one than what TerezOwens.com is reporting today.

“A source close to the situation tells us the Angels and Chicago Cubs are in early discussions to make a blockbuster trade for superstar outfielder Mike Trout. The 24-year-old outfielder is owed $15.25 million this year, $19.25 million next year and $33.25 million each of the following three years. The deal would be Mike Trout for 5 of the Chicago Cubs top prospects.”

Now, we’re certainly not saying that he’s the most reliable source in the game, but there have been recent rumors in Chicago surrounding such a deal, so this only adds fuel to that fire. There are numerous articles floating around the web claiming Chicago is investigating Trout, TerezOwens.com is the first one to put a source on it.

And, as you can see, the Angels may be looking for a trade partner.

Who has more assets than the Cubs?

Again, trust Terez Owens if you want to, but if you remember he was right about Patrick Sharp… Owens has informed us that the information comes from a “MLB inside source” he has a lot of trust in.

MLB Daily Dish has their own opinion on what the trade might look like if it were to go down. Again, it’s being talked about.

The rationale: This deal could actually do it and the Cubs wouldn’t even feel the loss other than in depth and in the farm. They’d be acquiring a 10-win player that would push Dexter Fowler into a corner outfield spot for bench players and a fraction of their farm which includes three top-100 prospects.

What do you think? Would you give up that much for a four-time all-star and former MVP?

Arguably the most versatile player in the game, the 24-year-old would add even more firepower to baseball’s best team. But, based on the trade proposal above, you can also see the Cubs stand to lose quite a bit. Is it worth it?

Theo Epstein has always been very strict about trading away young prospects, but what if Trout is what he gets in return? Don’t forget about his contract. Trout is owed $15.25 million this year, $19.25 million next year and $33.25 million each of the following three years.

Despite the significant amount of dollars left on the deal, Angels GM Billy Eppler dismissed any notion of dealing Trout.

“No chance, ” Eppler said Friday. “You do not move superstar players.”

Rumors indicate otherwise, Billy. Maybe he means “you don’t tell people you are trying to move a superstar player before you see what your return is going to be.”

The Cubs can provide the best return, but it’s just a matter of deciding if they want to or not.

For all the haters, and the people who will think this is fake, a simple Google search of Trout’s name will reveal all the talk surrounding the Cubs.

In Theo we trust.