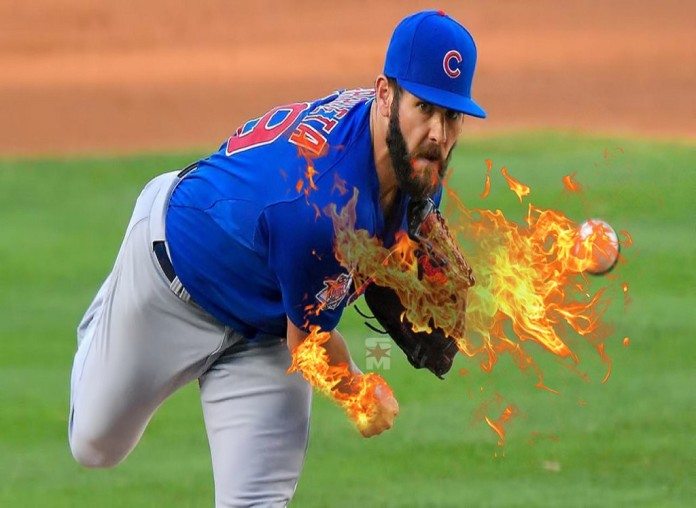 I’ve gotta be honest with you here. It’s getting harder and harder to find different ways to describe the 2016 Chicago Cubs. There’s only so many synonyms to the word “good” and we’ve probably used most of them at this point. But that’s just the truth, isn’t it? The Cubs are freakin’ good. Their 23-6 record is the best start to a season since the 1907 World Series-winning team went 24-5 and they’ve made the team with the second-best record in the National League look very ordinary over the past three days.

The Cubs will attempt to complete the sweep of the Washington Nationals this afternoon at Wrigley Field behind reigning Cy Young winner Jake Arrieta, who leads the Majors with a 0.84 ERA. He’ll be trying to win his seventh in a row to start the season, which would make him the first pitcher in Cubs history to win his first seven decisions, and the Cubs will be looking for a season-high seventh straight victory.

Here’s what you need to know about today’s series finale.