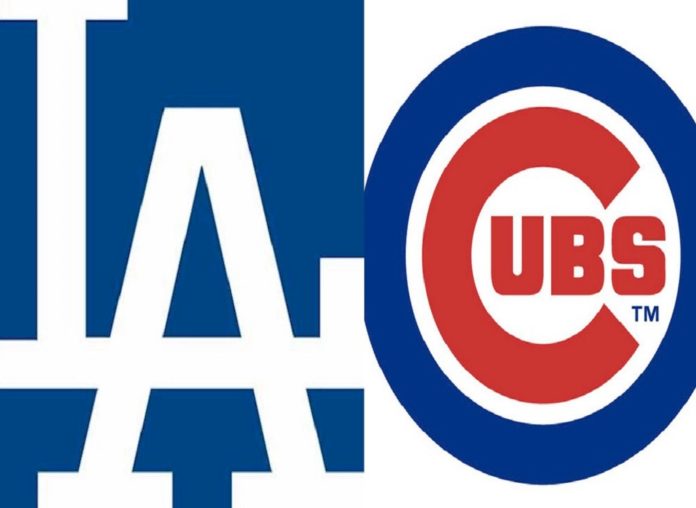 The Los Angeles Dodgers hit the North Side this week as they open a big four-game set with the best team in baseball, the Chicago Cubs.

The Cubs are a season-best 20 games over .500 and have won five straight after dropping a season-high three in a row last week. The offense has picked up during the winning streak, averaging close to eight runs per game, and will have a new lead-off man for today’s contest with LA. With Dexter Fowler getting a day off, red-hot Ben Zobrist, who’s tied for baseball’s second-best batting average at .351 and on a 15-game hitting streak, will lead the charge for Chicago today and play right field instead of his usual second base, which will be occupied by Javier Baez. Neither has faced Dodgers starter Alex Wood. In fact, only 1/3 of today’s starting lineup has ever seen the left-hander. Kris Bryant, Anthony Rizzo and Addison Russell are a combined 2-13 against him. The player who’s actually seen him the most is Fowler.

The Cubs will counter with Jason Hammel, who was dominant in his last outing, a one-run, four-hit effort in 7 1/3 innings last Tuesday against the Cardinals.

And if you were hoping for a Jake Arrieta vs Clayton Kershaw matchup over the next few days, you’re out of luck. Arrieta will go tomorrow, but the Cubs will actually miss Kershaw altogether as he pitched last night in the Dodgers’ victory over the Mets.