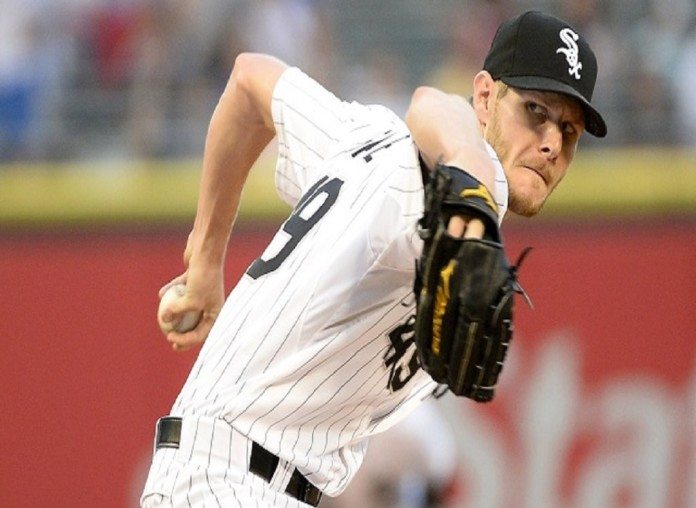 The Chicago White Sox have now lost a season-high four games in a row, but they’ll have baseball’s only eight-game winner on the mound tonight to try and put a stop to that. Chris Sale has been nothing short of spectacular this season. He leads the Majors with those eight wins, is tied with Clayton Kershaw for the third-best ERA at 1.67 and trails only Kershaw with a WHIP of 0.76. Yeah, he’s pretty good and if anybody can right the ship for the White Sox, it’s Chris Sale.

The Astros will counter with right-hander Collin McHugh, who’s had a mixed bag of starts this year. He was shelled in his season debut, giving up six runs in just 1/3 of an inning against the Yankees, but followed that up with seven innings of shutout ball versus the Royals. Then he lost two in a row, won his next three and just gave up ten hits and four runs in six innings last Saturday against the Red Sox in a no-decision. So it’s anybody’s guess which guy will show up tonight.