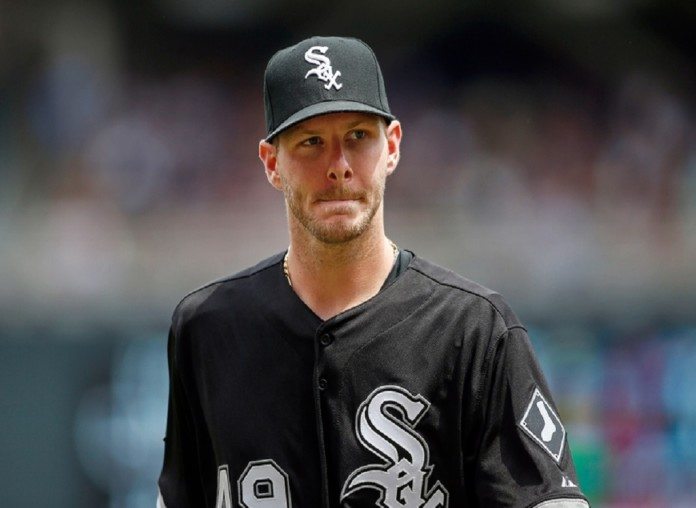 In a bit of role reversal, the first-place Chicago White Sox will take on the last-place New York Yankees in the first of a three-game set tonight at Yankee Stadium.

The Yankees have been hit hard by injury, but that’s what happens when you have all of those older guys on the squad. 40-year-old Alex Rodriguez is on the 15-day disabled list with a right hamstring strain. 35-year-old pitcher CC Sabathia has a strained groin and 36-year-old first baseman Mark Teixiera has missed some time with neck spasms, although he is in the lineup tonight. The Yankees have gotten off to a rough start, going 14-19 in their first 33 games and are already seven games behind their bitter rivals, the Boston Red Sox, in the American League East.

Things won’t get any easier for the Yankees tonight as they have to face the Major Leagues’ only seven-game winner, Chris Sale. The White Sox left-hander has been phenomenal this season, winning seven of seven starts and posting a 1.79 ERA, which is good for sixth-best in baseball. Opposing batters are only hitting .165 against Sale in 2016 and he’s also got 47 strikeouts in 50 1/3 innings, good for fifth in the Majors.

On the other side of things, tonight’s Yankees starter, Luis Severino, is winless on the year in six starts. In his last three starts, he’s allowed 14 runs on 17 hits, five of which were home runs, in just 15 2/3 combined innings.

Here’s everything else you need to know about tonight’s series opener in the Bronx.