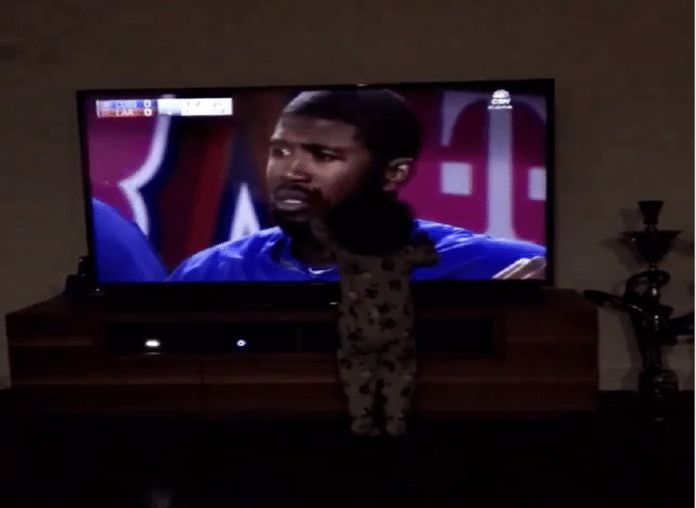 For the past couple of years, Riley Curry has held the title of the cutest kid in sports but she’s now got some fierce competition in Naya Fowler, the 2-year-old daughter of Chicago Cubs outfielder Dexter Fowler.

She was at Wrigley Field a year ago to see her dad’s first game as a Chicago Cub and she’s been amazingly adorable throughout Fowler’s tenure on the North Side and it’s been well documented by Fowler’s wife, Darya Aliya, on Instagram.

Naya obviously can’t be at every game, but she’s constantly watching on television and even got see her dad hit a grand slam on Father’s Day last year.

Naya also knows how to rock some Cubs gear.

She also seems to enjoy being at the ballpark.

Even with all of that, Naya has outdone herself this week. The Cubs started this 2016 season on the road, but that didn’t stop Naya from watching her dad play some baseball. Just look at this adorable reaction when she saw him on TV. So. Freaking. Cute.

Dexter Fowler must know that his wife and daughter are watching this week. To start the 2016 season, he’s gone 5-8 (.667) with a double, a home run and two runs batted in as the Cubs swept a two-game set with the Angels. Keep it up, Dexter.

Naya, you do the same.