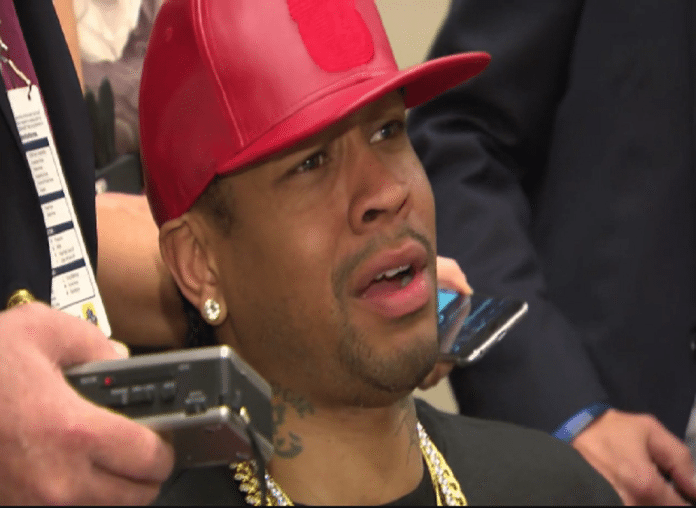 One of the newest members of the Naismith Memorial Basketball Hall of Fame, Allen Iverson, could be remembered for a lot of things. There was the iconic image of him stepping over then-Lakers guard and now-Cavaliers head coach Tyronn Lue in the 2001 NBA Finals. There were the countless crossovers that made some of the NBA’s best look silly, including some guy named Michael Jordan.

However, ask a lot of people to describe Allen Iverson and you’ll get a one-word answer: PRACTICE. Iverson’s epic rant about practice at a 2002 press conference is still considered to be one of the most entertaining press conferences in history. Take a look.

Even now, all of these years later, Iverson still hasn’t lived it down. Although he can finally laugh about it, he still wishes that it had never happened….but at least now he has someone to blame. You’ll see what I mean in this brand new interview. Enjoy.