Home Chicago Cubs Two Key Players Are Back In The Lineup As The Cubs Host... 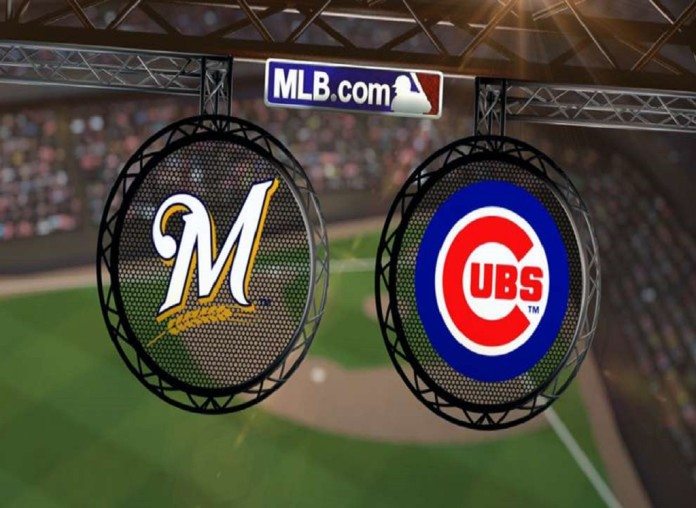 The Chicago Cubs, who are tied with the Washington Nationals and the crosstown Chicago White Sox for the most wins in baseball with 14, will go for number 15 tonight at Wrigley Field as they host the Milwaukee Brewers in the first of 19 games between the two clubs this season. Chicago owned their neighbors to the north a season ago, winning 14 of 19 games and look to continue that dominance tonight.

The last-place Brewers are already six games behind the Cubs in the National League Central, but will send one of their bright spots of 2016 to the mound this evening in the way of right-hander Jimmy Nelson. Nelson is 3-1 on the year with a respectable 3.46 ERA, with that lone loss coming in his first start of the season back on April 5 against the San Francisco Giants. However, he hasn’t had much success against the Cubs. In seven career appearances (five starts) against the North Siders, Nelson is 0-3. It should also be noted that Anthony Rizzo, who’s been on a home run tear as of late, has gone deep once in his career against Nelson.

The Cubs will counter with Kyle Hendricks, who had a rough go of it in his most recent outing, lasting only 5 1/3 innings against the Cardinals last Wednesday. Luckily, he’ll be facing a team that he’s done very well against in his career. Hendricks has a 4-1 record against Milwaukee with a 1.45 ERA and has struck out 30 while walking only five in 37 1/3 innings.

After getting the day off on Sunday, Ben Zobrist and Dexter Fowler are back in the Cubs’ starting lineup tonight. When asked why somebody as hot as Fowler, who’s hitting an NL-second-best .385 (damn you, Daniel Murphy), was taken out of the lineup, Cubs manager Joe Maddon simply stated that Dexter has been playing so well that he didn’t want to run him into the ground. The Cubs did just fine without them in their 9-0 victory over the Reds.