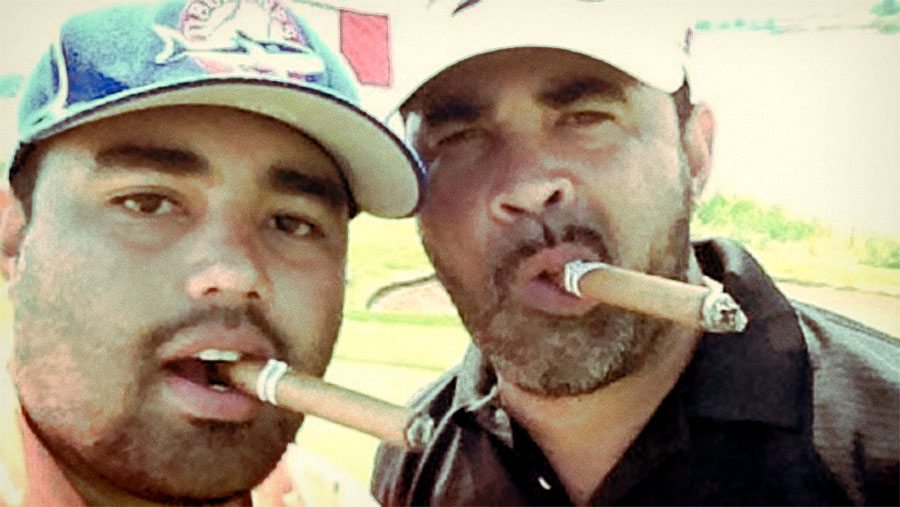 When somebody is pitching as well as Jake Arrieta, there’s going to be questions asked. I mean, at this point, Arrieta has done something nobody else in the history of the game has been able to do. In his last 24 starts, the man has been ON FIRE.

Sandy Koufax, Cy Young nor Roger Clemens have ever done anything like that. With the no-hitter last night, Arrieta was the third-fastest pitcher in history to throw back-to-back no no’s… and the first Cubs to do it in back-to-back seasons.

Now that we have a full appreciation for Arrieta’s dominance, let’s turn to Ozzie Guillen Jr. After Jake’s second career no hitter last night, Cubs excitement has officially taken over Chicago. Hell, you can argue Cubs excitement has been running rapid since the NLCS. In any case, fans are going nuts.

Leave it to Ozzie Guillen’s son to try and calm them down. Guillen Jr. posted a photo to a White Sox Facebook group today insinuating that Jake Arrieta is on steroids. He included zero evidence or supporting rumors, he simply posted this photo telling people to remember it. 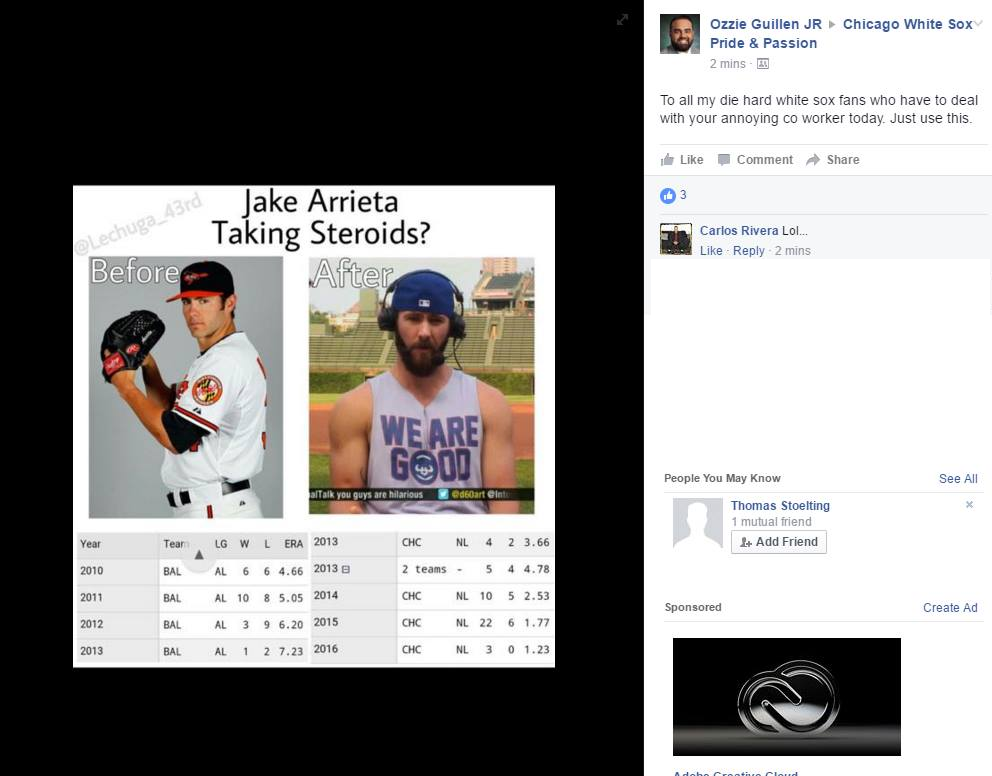 Now, there’s always going to be a heated rivalry between Cubs and White Sox fans. Obviously, Ozzie Jr. is on the White Sox side, but that’s no excuse to post this ridiculous garbage. Arrieta is in the midst of celebrating a memory he will cherish for the rest of his life, and this goon is posting steroid memes on Facebook?

There’s 100 other reasons why Arrieta has improved so much, since when do steroids help you throw strikes? It’s not like he’s out there throwing 106 mph.

Why? Because he’s a White Sox fan?

You’d think Ozzie Jr. would have a little bit more respect for the game, disgraceful.