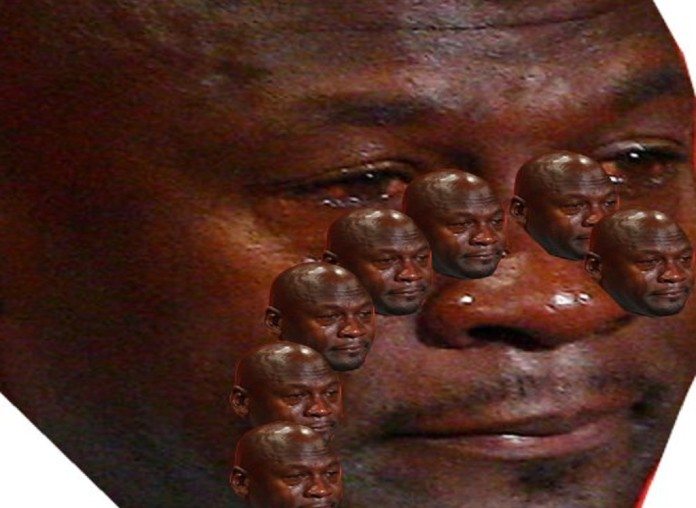 Who didn’t see this coming?

There he was last night at the NCAA Championship game to watch his beloved North Carolina Tar Heels…the man, the legend, the GOAT, Michael Jordan.

I’m sorry…for those of you youngsters that may be reading this who think Steph Curry is the greatest basketball player to ever live, you may know him as this guy.

Throughout the night, Jordan looked to be having a great time watching a great basketball game. He even took some time to speak with Craig Sager.

Michael Jordan and Craig Sager shared a moment at the #NationalChampionship?? https://t.co/pcziqL10q4

And then this happened.

FOR THE CHAMPIONSHIP!!! https://t.co/QXjPTrQN6Y #NationalChampionship

And even though Jordan gave Kris Jenkins his props…

…we all knew that the Michael Jordan crying memes would start flying like crazy…and that’s exactly what happened. Here’s a few of the best from a crazy night.

This is a Michael Jordan Classic #NationalChampionship pic.twitter.com/yKYdUUw4Yg

@traread this right here is why the Internet was made!!!!

This is my coup de grâce. pic.twitter.com/8SvlLU8m14