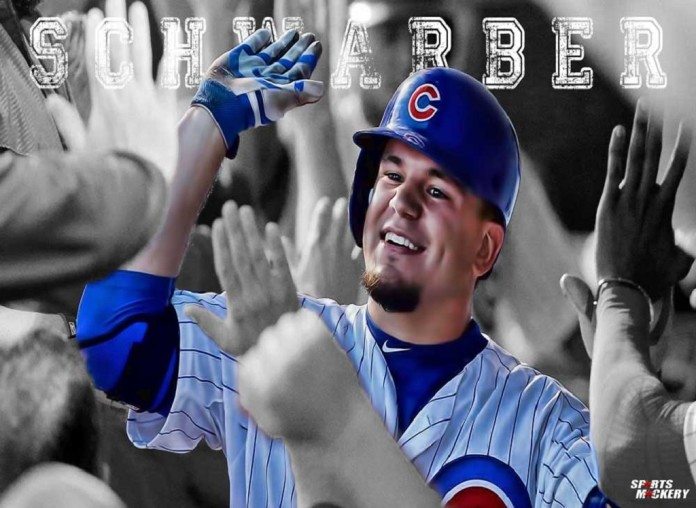 It’s been a few days now since Chicago Cubs outfielder/catcher Kyle Schwarber collided with Dexter Fowler, which caused Schwarber to not only miss the remainder of Thursday night’s game, but the rest of this 2016 season as well.

After being carted off the field, Schwarber noticed when he arrived back at the Cubs’ team hotel that there was some swelling in his knee, but says that he “didn’t see two tears coming”.

Following an MRI on Friday, it was revealed that Schwarber had suffered tears in his anterior cruciate ligament and lateral collateral ligament, which obviously brought a quick end to the 23-year-old’s sophomore season. However, it seems that Schwarber is handling the news about as well as could be expected. He’ll return to Chicago with the team after today’s series finale at Chase Field against the Diamondbacks and will meet with Cubs orthopedist Stephen Gryzlo to schedule the surgery. He realizes he’s got a long road of recovery ahead of him but is ready for the challenge.

“You’ve got to face it head on. I’m not going to back down from it. I want to be there for the team whenever I can. I want to be positioned to make myself bigger, faster and stronger for next year.”

After learning how bad the injury really was, Schwarber says that he got down for about half an hour, but was quickly picked up by the support he received from his coaches and teammates.

“They definitely brought my spirits up. It’s not the way you plan your season going by playing two games, and now you’re out for the season. Now I have to be there for them in a different way — not on the field but whenever I can be.”

Exactly when Schwarber will be able to get back on the field is still up in the air. While 2017 spring training is the hope, he refuses to set that as a target date for his return.

Until then, Kyle Schwarber is ready to watch his Cubs teammates attempt to accomplish the same goals they had before his injury.

“My spirits won’t get down. I know it’s a long road. There are going to be ups and downs. I’ve just got to keep a good attitude with this and cheer these guys along. It’s going to be a fun ride and for me to be around, it’s going to be a pleasure.”