Home Chicago Cubs Jon Lester Looks To Give The Cubs The Series Win Today Against... 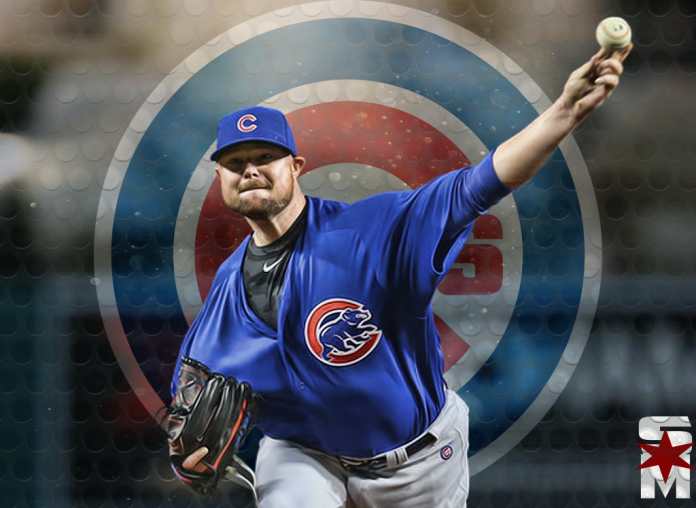 It’s a beautiful day for baseball at Wrigley Field as the Chicago Cubs look to take two out of three from the Colorado Rockies. Jake Arrieta pitched yet another gem yesterday, picking up his third victory of the year with eight innings of shutout baseball in Chicago’s 6-2 win.

Jon Lester will aim for a similar performance this afternoon as he takes the mound for the fourth time in his career against the Rockies. Granted, this start might not be as big as his first career start against Colorado, as that one came in the Game 4 clincher of the 2007 World Series, but he’s still looking for a series win today on the North Side. Lester is 2-1 with a 1.37 ERA in his three starts against the Rockies. Lester had a no-decision in his most recent start for the Cubs in this past Monday’s 5-3 win over the Reds.

Colorado will counter with 26-year-old right-hander Tyler Chatwood, who was roughed up a bit in his last start, giving up five runs and 11 hits in a loss against the San Francisco Giants on Tuesday. He’ll face a Cubs lineup that once again includes Javier Baez, who will give Addison Russell a day off at shortstop.

Here’s everything else you need to know for today’s series finale.