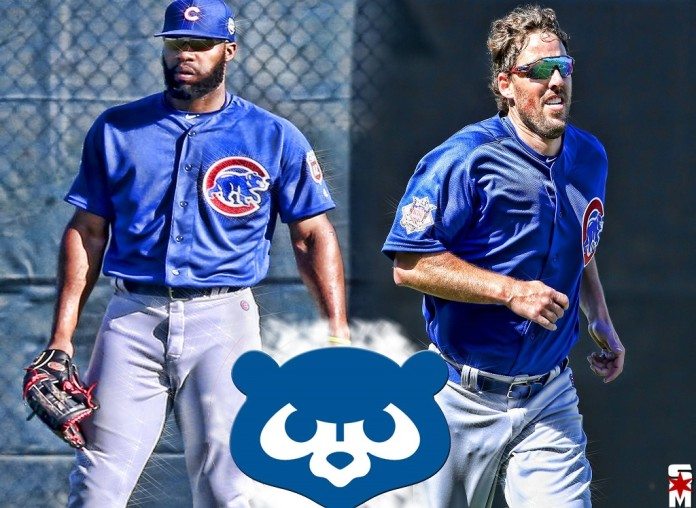 Well, here we are again.

The heated rivalry between the Chicago Cubs and St. Louis Cardinals renews tonight in St. Louis as the Redbirds host the North Siders in the first of 19 games between the two teams this season. And I think it’s safe to say that there’s certainly no shortage of storylines. The Cardinals can easily boast how they have more world championships, but the Cubs can fire back with the fact that they knocked the Cardinals out of the playoffs last fall in the first-ever meeting between the two clubs in the postseason. Then there’s the story that will be getting a lot of focus this evening as former Cardinals John Lackey and Jason Heyward return to Busch Stadium for the first time since signing with the Cubs.

As luck would have it, it’s John Lackey’s turn in the rotation and he’ll take the mound tonight to face the Cardinals for the very first time in his career. On an interesting note, tonight’s start against St. Louis means that he’ll have faced every team in baseball. Lackey told ESPN that he’s not worried at all about the reception he might get at Busch.

“Haven’t even thought about it. I’ll be trying to win a game, so I won’t be focused on that.”

One wouldn’t think that the receptions for Lackey or Heyward would be that bad, as neither was with the Cardinals for all that long, but let’s not forget what happened when Heyward took less money to sign with the Cubs.

While Joe Maddon didn’t take too kindly to that particular gesture, saying that it’s not good for “children to see stuff like that”, Jason Heyward himself says that the backlash really hasn’t been that bad…as he sees it anyway.

“Any St.Louis fan I’ve seen in person, they’ve gone out of their way to be nice and say congratulations and thank you for last year. Everyone has been very nice. I feel like that doesn’t get a lot of attention.”

When asked how he thinks his reception tonight might go, either in the batter’s box his first time up or when he hits the outfield, Heyward pretty much had the same answer that Lackey did.

“A lot of old-fashioned baseball.”

That it is, Jason. It’s Cubs vs Cardinals and the rivalry starts again real soon. Here’s your starting lineups and everything else you need to know about tonight’s series opener.