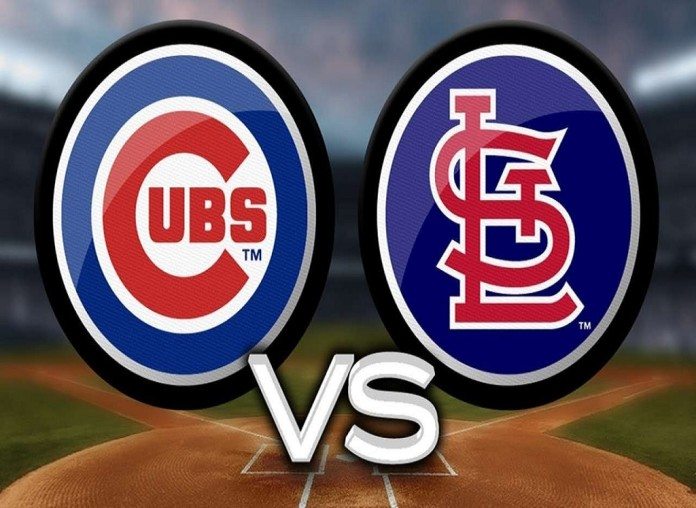 Rain, rain, stay away…please move on so the Cubs can play. Is that not how that song goes?

At the time of this writing, there’s a strong chance that thunderstorms could possibly delay the start of tonight’s Cubs-Cardinals game in St. Louis, but it looks as if things could clear up by around 8:00. In any event, we want you to still be prepared for some Chicago vs St. Louis baseball, so let’s get on with our daily preview.

Jason Hammel takes the mound for the North Siders tonight in the second game of this three-game set at Busch Stadium. After a gem from John Lackey in his return to St. Louis last night, Hammel will look to keep things rolling for the first-place Cubs as they take on their bitter rivals. The 33-year-old right-hander has been very solid this young season, giving up only one run in twelve innings thus far. He’s surrendered only eight hits in his first two starts while striking out nine. The only concern might be the seven walks he’s given up, but overall, Hammel has pitched well. He’ll have to deal with a St. Louis lineup that has hit him pretty well. Collectively, not including pitcher Jaime Garcia, the starters for the Redbirds tonight have a .321 average against him. Hopefully, Hammel can continue what he’s been doing so far this season.

The Cardinals counter with Jaime Garcia, who is coming off of a one-hit shutout against Milwaukee that included a career-high 13 strikeouts. Garcia hasn’t pitched against the Cubs since 2012, which means that he hasn’t faced many of the Cubs’ young players.

Here’s everything you need to know about tonight’s matchup.