The Cubs are not the only ones preparing for their home opener on Monday. Over 40 bars in the Wrigleyville neighborhood are preparing their establishments for the arrival of Cubby nation. Traditions are formed, superstitions are created, and memories will be made by the thousands of patrons going into some of the finest watering holes in the city of Chicago hoping to witness history this season.

The decision on where to have your pre/post game libations is ALMOST as important as the game itself so I thought I’d share my list of the top 5 bars in Wrigleyville.

Note: This list will undoubtedly vary depending on your age, sex, and willingness to dance to techno music. All the bars in Wrigleyville get my stamp of approval just for being in such great proximity to Wrigley Field, but these 5 are at the top.

In 2007, ESPN named Sluggers the best baseball bar in Chicago and the number 3 baseball bar in the entire country. The bar boasts over 30 TVs that are scattered throughout both levels of the bar. Sluggers is probably best known for their 2nd level, which is damn near a grown man’s dream: Pop-a-shot, ski ball, virtual driving games, and batting cages. Yes, batting cages. Nothing says baseball season more then drinking all day at Wrigley then stepping into the cages at Sluggers. Those cages have shattered many baseball dreams.

My advice: Choose your arrival time wisely. With the addition of the “Dueling Pianos”, Sluggers has turned into a pretty big tourist trap in the Wrigleyville area. 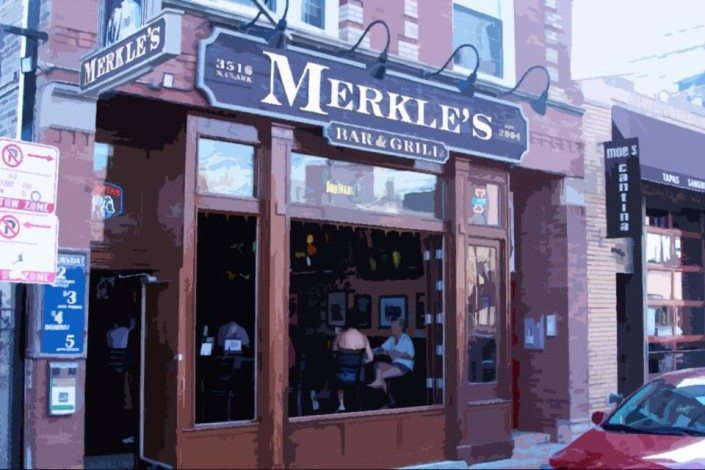 Named after the New York Giants rookie 1st basemen, Fred Merkle, who is best known for his bonehead base running play that helped propel the Chicago Cubs to the pennant in 1908. What better way to celebrate the 1908 victory then to name a bar after him!

As most of us Cubs fans will sadly acknowledge, that signifies the last World Series Championship for our beloved team. You may recall this was the bar that was “renamed” during the Cubs playoff run last year when manager Joe Maddon stated it was his life goal to own a bar named the Pink Flamingo.

Merkles is not the biggest bar in Wrigleyville, but it’s always a great place to catch a game and always has a phenomenal craft beer selection.

My advice: Get the fish bowl. It has nothing to do with aquatics, trust me. Or catch a day game when they have live music going. It’s a great opportunity to show off your top notch singing skills. 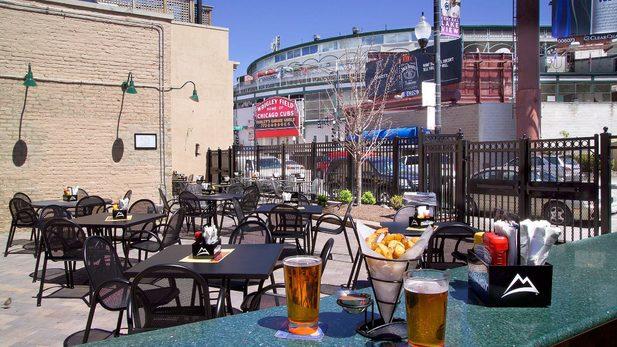 Located just south on Addison, Vines on Clark is a double threat. In addition to a great outdoor patio, they also have one of the best rooftop bars in the city. The view from the rooftop looks like something off a postcard as the famous marquee will be in clear sight.

Vines usually attracts more of a younger crowd (a fancy way for saying people that want to drink all day and not go into the game), so it tends to get pretty crowded. Vines must be doing something right since it was the first stop that Theo Epstein took his staff when he accepted the position of President of Baseball Operations for the Cubs in 2011.

My advice: This may not be applicable for the games in April, but when summer hits, you NEED to have some beers on the roof before the game. 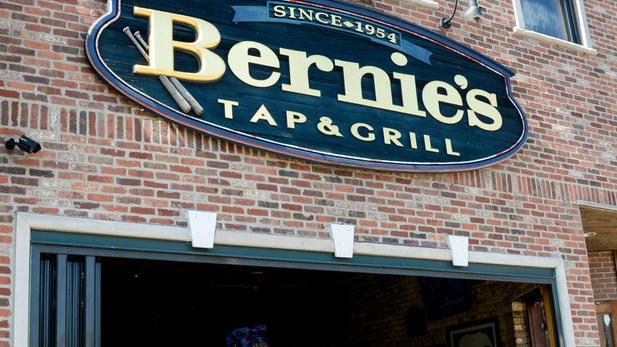 I think it’d be safe to say that I’m not the only one who has a tradition of having a post game beer at Bernie’s. Located at the corner of Clark and Waveland, Bernie’s may have the best location of all the bars. Another two-tier bar, Bernie’s has a lot more space upstairs so if you plan on traveling with a group, this is where you’d want to be. Between both levels there are 30 TVs, free shuffleboard, a beer garden and some of the coolest Cubs memorabilia scattering their walls.

My advice: Try and get there as early as you can and snag a seat on their famous sidewalk cafe. It only seats around 20 people so the seats fill up quickly. Doors open at noon on Monday. 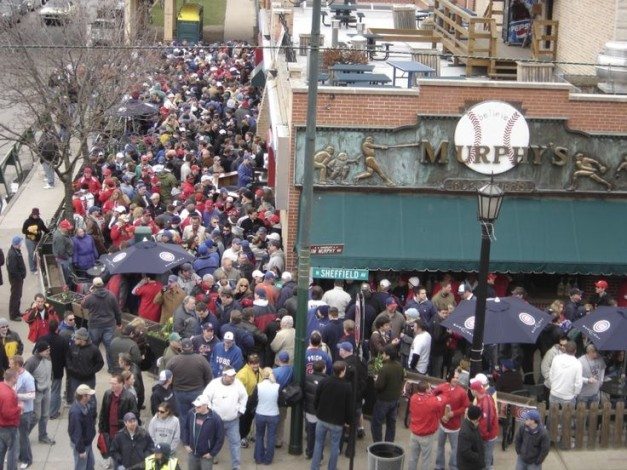 Winning ESPN’s Best Sports Bar in America in 2005, Murphy’s is located right on the corner of Sheffield and Waveland which is right in the heart of Wrigleyville. Murphy’s has been a staple of the community for the past 80 years (although it’s switched names a few times) and has also been a favorite spot for an after game beer by former players Mark Grace, Rick Sutcliffe and Ryan Dempster amongst others.

Murphy’s is responsible for inspiring the famous “bleacher bums” in the late 60’s so they’ve seen their fair share of ups and downs throughout the years. There should never be too much of a wait for a beer because there are four full-service bars throughout the entire building. Even though it’s one of the more spacious bars, it fills up very quickly so be prepared to be shoulder to shoulder with your fellow fans. Great ambiance, great location and a great bar staff all make Murphy’s a “must stop” on a trip to Wrigley.

My advice: Have a beer in their beer garden, which is located on the sidewalk only steps away from Wrigley Field. If the weather is not cooperating, use the upstairs area of Murphy’s. For some reason, people always think the stairs are off limits but trust me, the upstairs is open.