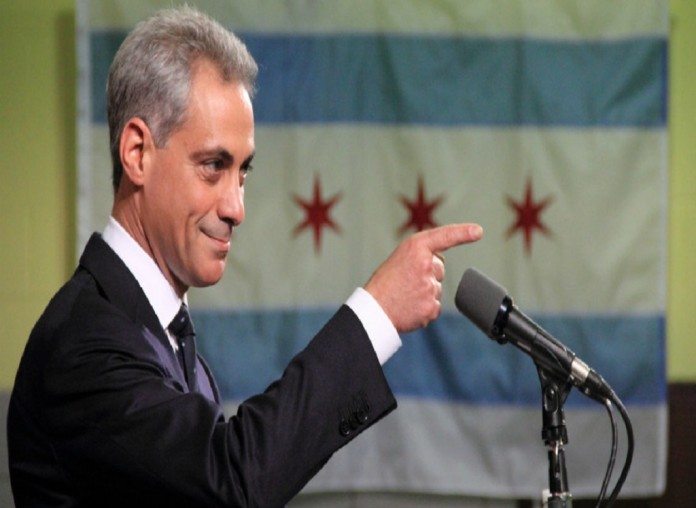 Chicago mayor Rahm Emanuel has certainly had his fair share of run-ins with the Ricketts family, the owners of the Chicago Cubs, but he’s certainly on their side in this ridiculous feud with GOP front-runner Donald Trump.

If you haven’t been following the story, Trump is upset that Marlene Ricketts put $3 million into the Our Principles PAC that has spent very heavily in opposing the Republican presidential hopeful through ads and mailers. Back in February, Trump tweeted that the Ricketts “had better be careful” and that the family has “a lot to hide”. He later told The Washington Post that he’d start taking ads out against the Rickettses and they were doing a “rotten job” running the Cubs.

“I’ll start doing ads about their baseball team. That it’s not properly run or that they haven’t done a good job in the brokerage business lately.”

When asked about the quarrel in an interview with WLS-AM 890, Mayor Emanuel spoke briefly about his own disagreements with the Ricketts family, including his refusal to give taxpayer money for the renovations at Wrigley Field, but also spoke highly of them.

“But I would say to Donald Trump, the Rickettses are a family that I know as owners invest not only in the field and not only invest in the surrounding area, they invest in the opportunities for our kids. And I would just tell that they are examples of good corporate citizens.”

Emanuel has been very careful in his comments about Trump, as he does not want to be a part of the attention that Trump so dearly craves, saying that Trump “lives off the infamy that comes with being attacked.”

The mayor also made a little prediction during the interview.

“Well, when the Cubs, in their new stadium, are in the World Series this season, I don’t think he’ll be having any good seats.”

One can only hope that come October, Donald Trump just isn’t relevant anymore.