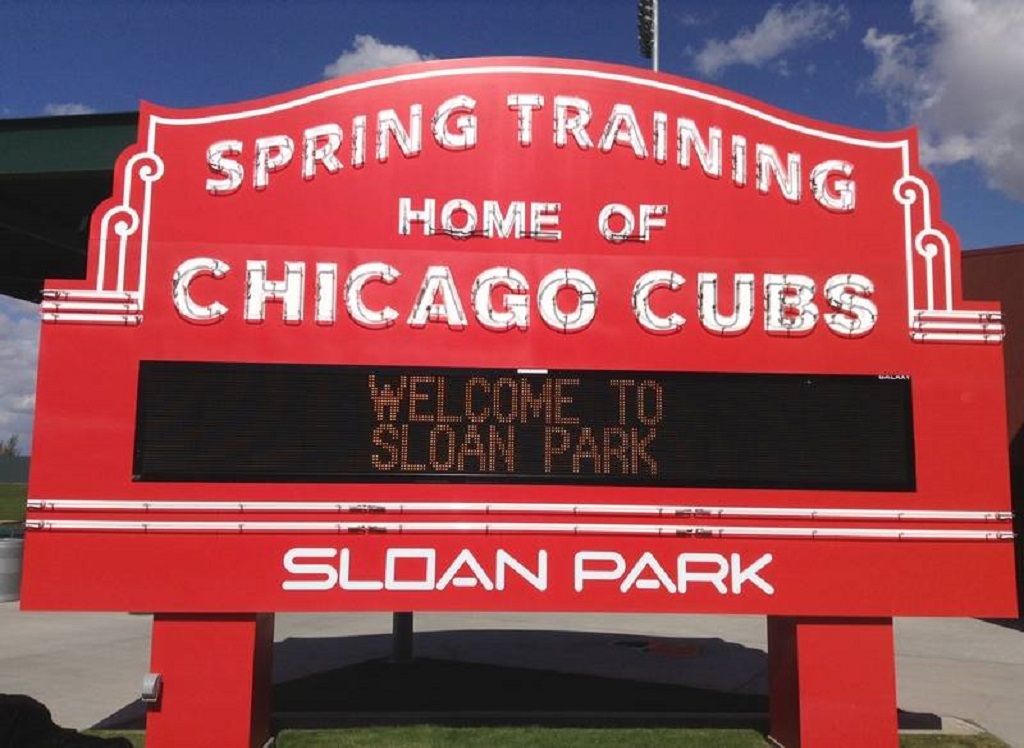 Opening Day has finally arrived Cubs fans…well, sort of. Okay, it’s only the Cactus League opener but you can’t tell me that you’re not at least a little bit excited for some Cubs baseball…even if it is just the first spring training game. The Cubs suit up at 2:05 Chicago time this afternoon against the Milwaukee Brewers. While the game is not being broadcast on television, you can listen in on MLB.com.

As you can see from the photo, Jason Heyward and Dexter Fowler are not expected to play at all, which leaves Javier Baez to man center field. Baez, who had been playing some center field in winter ball, is expected to play a lot of different positions this spring and Maddon wanted to start here to see how he handles it in a big-league game situation. The Cubs’ skipper seems pretty confident that he can.

Maddon also doesn’t want anyone reading anything into the way the lineup is set. He’s been known to throw out a lot of different lineup combinations, so I’m sure we’ll be seeing a variety of batting orders and position changes this spring. That’s what spring training is for and Maddon was sure to get that point across.

It certainly is interesting to see a guy like Kyle Schwarber in the lead-off spot, but hey, that’s the fun of spring training. Maddon also added one more important note.

“I think we’re all eager to start playing a game.”

I think Cubs fans all over the world are ready for that as well, Joe.

-All quotes from CSN Chicago