Home Chicago Cubs “Theo Got Us All”, Cubs Players Comment On Dexter Fowler’s... 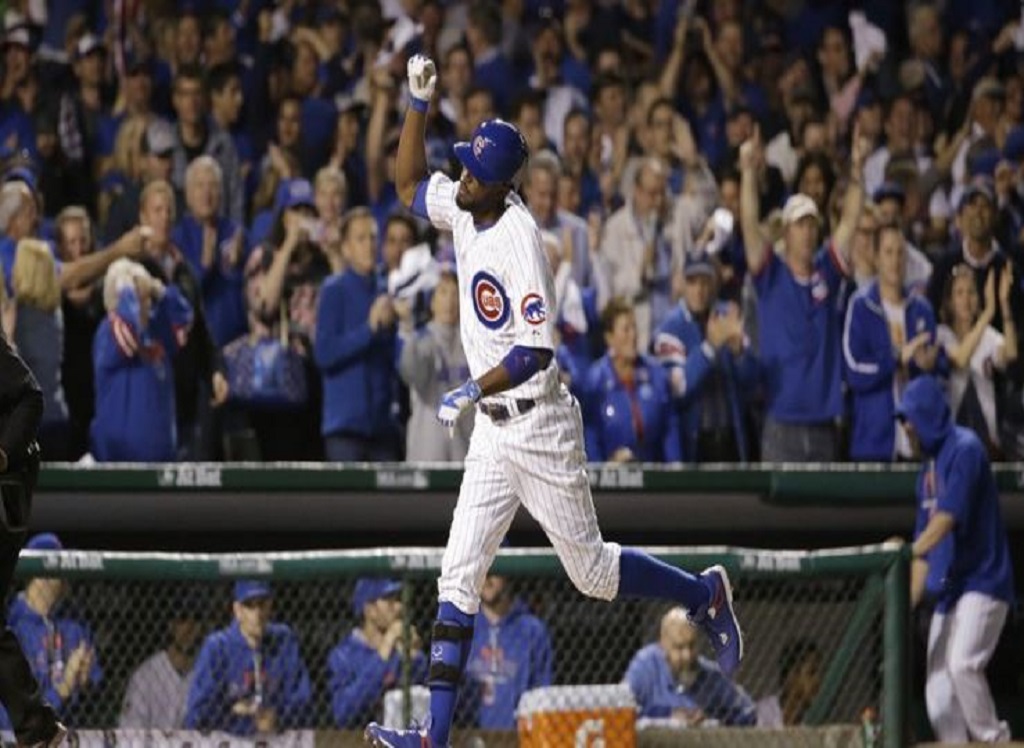 There’s certainly no denying that Dexter Fowler’s dramatic return to the Chicago Cubs took the entire baseball world by surprise…and that includes his teammates.

#Cubs fans … If this doesn’t make your day, check your pulse! @DexterFowler is back: https://t.co/VMMrdz7Rs6https://t.co/D6xYCHu403

It’s pretty rare these days for deals such as Fowler’s to remain under wraps, but that’s exactly what the Cubs’ President of Baseball Operations Theo Epstein was able to do. Epstein joined Fowler for his surprise entrance to the Cubs’ pre-workout meeting on Thursday, but it actually took a few minutes for everyone to figure out exactly what was happening. Just ask David Ross.

“I gave Dex a hug and told him, ‘Man, I’m gonna miss ya.’ I still was off. I was like, ‘Wait a minute…Everybody was looking around kind of dumbfounded. Theo got us all. Theo pulled one over.”

In the week leading up to Fowler’s return, rumors were running rampant that Fowler had signed a multiple-year deal with the Baltimore Orioles, leading some to even send the 29-year-old outfielder congratulatory messages.

“It was crazy because I’m getting text messages. … It was like breaking up with your girlfriend and they don’t text you for a few days because they’re mad. They saw that Baltimore stuff.

“Rizzo texted me [Wednesday] and was like, ‘Hey man, congrats, you got a job. I’m gonna miss you.’ And then you’re sitting there and it’s like, ‘I can’t wait to surprise you!'”

And surprise Rizzo he did, which is certainly okay with the Cubs’ first baseman.

“I actually congratulated him because he didn’t file for unemployment. I’m super excited to have him. Obviously he was one of my favorite guys last year on this team. It’s a great addition for us.

“I told him maybe a week or two ago, ‘Listen, if you sign back with us and you don’t tell me and you just show up, I’m not gonna have that.’ Obviously, no one knew. It was a pretty cool moment.”

Theo Epstein actually tried to give Rizzo a hint the day before.

“I ran into Theo [Wednesday]. He said, ‘Hey I got a surprise for you guys.’ But when someone says a surprise, you think an elephant, a giraffe showing up.

“You don’t know. That was the last thing on my mind or anyone’s mind. Then Dexter rolls in. It’s pretty cool.”

Kyle Schwarber thought so as well and was not expecting to see Dexter Fowler after manager Joe Maddon told the team they were going to have a “moment” before the team workout.

“He told us not to look around and knowing me, I had to look around a little bit. I was like, ‘Man, that really does look like Dexter walking down here. I thought he was with the Orioles.’

“Then you see him go on the field. That lifted my day by a lot right there. It was great to see him.”

“I don’t know that one guy didn’t have a smile on their face today. Looking around, I saw a lot of happy guys on the team.”

It was a very cool moment for the Chicago Cubs and had to be a very special day for Dexter Fowler, who said he actually joked with a few of his teammates about a month ago that they’d just show up to camp one day and there would be a locker full of Fowler’s gear. Little did he know that he’d be able to pull off that kind of surprise.

“Nobody knew…I was saying it’s crazy how things happen, and then this happens.”

It definitely was a crazy day.

-All quotes from CSN Chicago