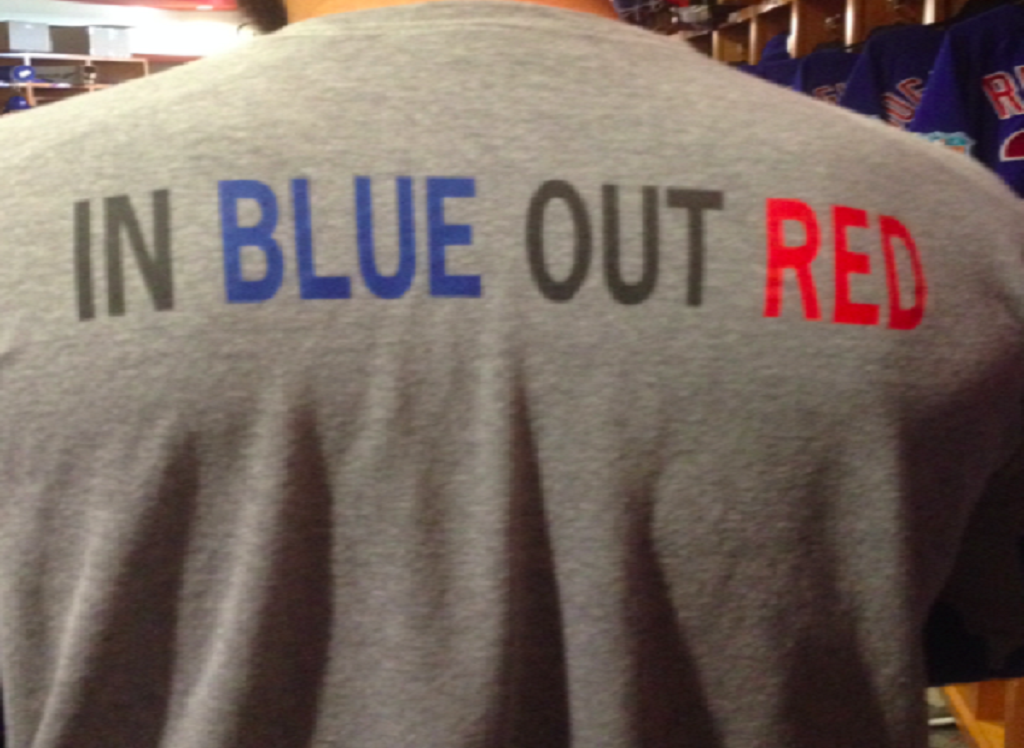 It would be really easy to look at a new T-shirt that a few Chicago Cubs players are wearing at spring training and think that it’s trolling the St. Louis Cardinals, especially since it was the Cubs who eliminated the Cards from the playoffs last year and then signed two of their big-name players. 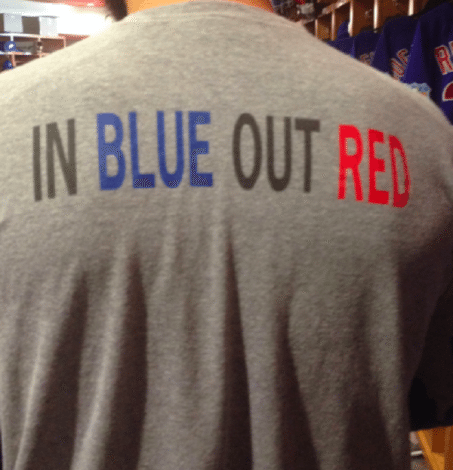 However, as much fun as that might be, it’s simply not the case, at least not according to a report from the Chicago Sun-Times. The shirts were actually a gift from the Cubs’ mental skills program director, Darnell McDonald, are actually about yoga and have nothing to do with the Cardinals whatsoever.

“As that department began emphasizing meditation before workouts during a January mini-camp for younger players, the color associations were prominent – taking in the more relaxed, serene ‘blue, ‘ and letting go of the stressful, chaotic ‘red.’ McDonald left shirts in the lockers of attendees at the end of the camp.”

If that’s not enough to convince you, here’s the front of the shirt. 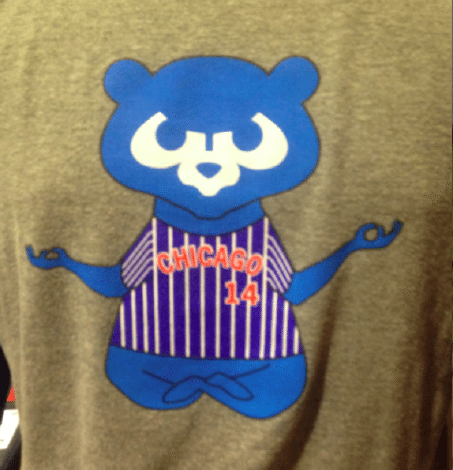 See, it’s a little Cub with an Ernie Banks jersey on doing yoga. The front of the shirt was finally revealed after an Instagram post featuring the “In Blue Out Red” backside of the shirt made its way to Jupiter, Florida, where the Cardinals have their spring training. And the Cubs players absolutely love it, including Cy Young winner Jake Arrieta.

“It’s an amazing shirt. We’re going to have these made on tank tops and dry fits and the whole nine yards. It’s pretty amazing stuff.”

It is an amazing shirt, no matter what it means. What do you think? Are you buying the story?