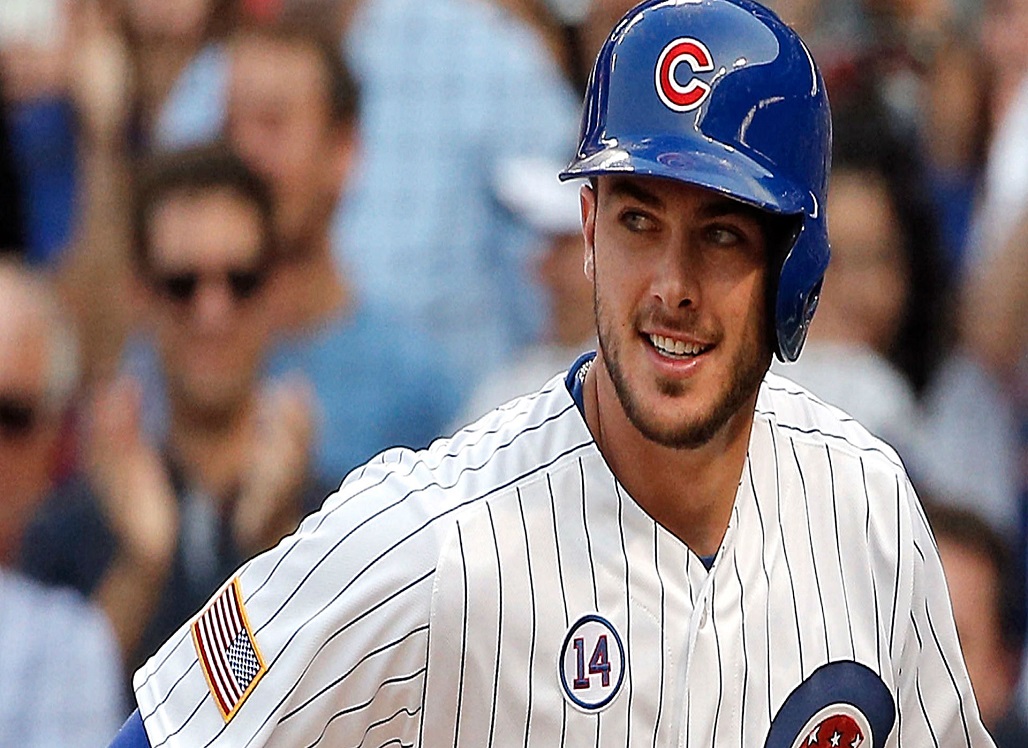 Spring training has finally arrived for the Chicago Cubs as pitchers and catchers are reporting to camp today. While the team’s first full-squad workout isn’t until next Wednesday, third baseman and 2015 National League Rookie of the Year Kris Bryant is already in Arizona and has been for a number of days now. And he’s not alone as Chris Coghlan, Javier Baez, Anthony Rizzo and one of the newest members of the Cubs, Jason Heyward, arrived early as well to get a head start to the 2016 campaign, which has Bryant very excited. He spoke with the Chicago Tribune about a few things as he prepares for his sophomore season.

“I wasn’t expecting this many people to be here. It says a lot about our excitement for this year — the togetherness we feel as a team — and we’re very excited. It’s good to be on a field again. In the offseason, it’s kind of tough to hit on a field and take some ground balls, but we’re here very early and getting our work in. I’m definitely excited. I know everyone else is, too. We can’t wait to get going.”

Kris Bryant’s rookie season was nothing short of spectacular. He had a .275/.369/.488 slash line to go along with 26 home runs and 99 runs batted in. However, he also struck out a National League-leading 199 times, which prompted Bryant to do some work in the offseason to improve his swing.

“I feel (my swing is) a little flatter, and that’s what I wanted to be. It was at too steep of an angle at times. That was my downfall last year, but I think it can only get better from here. I go back to my freshman year (at the University of San Diego) and address areas where I wasn’t good and look at my sophomore and junior year and how far I came. It’s so satisfying and you get your confidence from that.”

Bryant has also taken steps since his major league debut to improve defensively, which has included reducing the number of times he taps his glove before throwing the ball after making a play at third, which actually led to a few errors. He admitted he’s still doing it a bit during these early workouts

“Sometimes, it’s second nature when you change something. You do it over and over. It’s something I did last year, and I think my throws are more true and Anthony didn’t have to go up the (first-base) line and catch them for me. I can throw it anywhere to Anthony, and he’ll catch it.”

Expectations are high for the Chicago Cubs in 2016 and certainly for Kris Bryant as well. It sounds like he’s ready to face the challenge.

And speaking of Kris Bryant, don’t forget to click on the image below for your chance to win a free autographed Kris Bryant jersey.