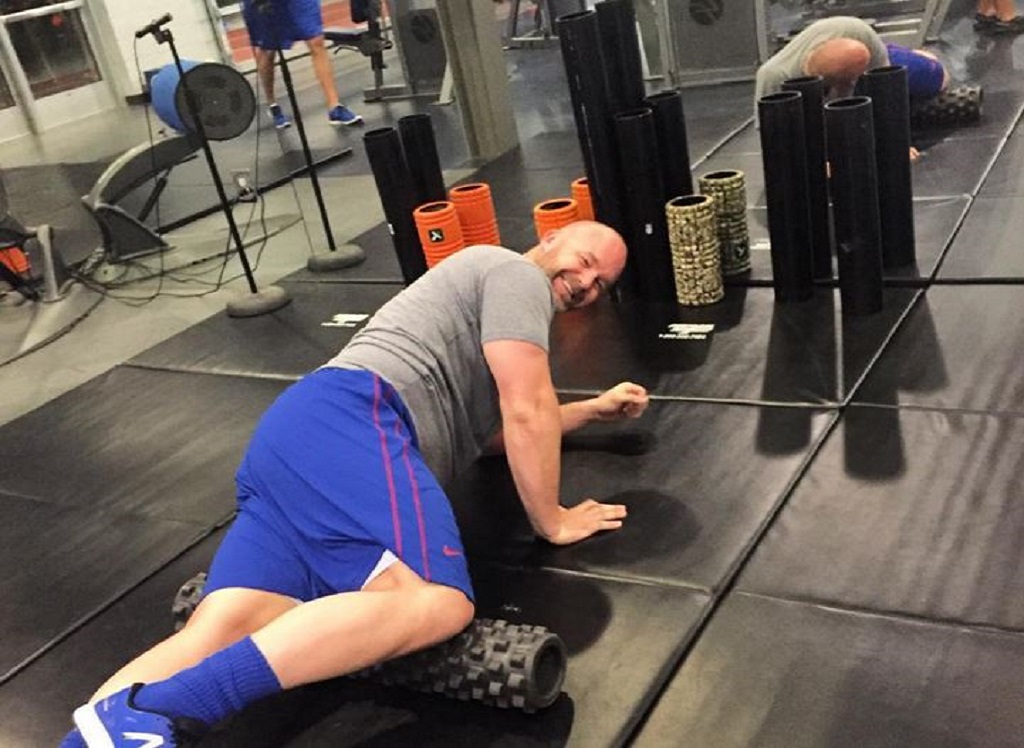 It’s highly unlikely that Chicago Cubs catcher David Ross will get the kind of farewell tour like Kobe Bryant is currently getting, but he’ll definitely have something to remember about his final season.

Spring training has already officially started for Ross, who reported to camp last week to join the other catchers and the pitching staff, and he’s keeping a personal journal to document his 15th and final season in the majors. But he’ll have a little more documentation than maybe he wants. Kris Bryant and Anthony Rizzo, both of whom have arrived early to spring training, have started an Instagram account, @grandparossy_3, to essentially make jokes at Ross’ age. They’ve already posted pictures from his rookie season in black and white to go along with some shots from this year’s spring training.

First baseball card was in black and white!

It’s just another way for the younger group of players to show appreciation for David Ross, as Anthony Rizzo explained to ESPN.com.

“What I’ve learned from him being here is huge for me, ” Rizzo said. “What he does in this clubhouse feeds all of us young guys. … That Instagram is just a funny little thing hopefully he’ll have forever. We’ll have a good time with it.”

There’s bound to be some great pictures to come from this, even if David Ross doesn’t know when they’re coming.

“What am I getting myself into?” Ross joked when informed of the account. “He told me, ‘You’re going to see some awkward moments of me trying to videotape you so don’t cuss.’”

Ross, who’s being a great sport about all of it, even laughed when told what the name of the account was.

“Fans are going to be thinking I’m really, really old, ” he laughed. “I don’t know how it works. I don’t have the password.”

This is just one more reason that the 2016 Chicago Cubs season is going to be amazing. So if you’ve been resisting Instagram, now might be the time to set up an account.