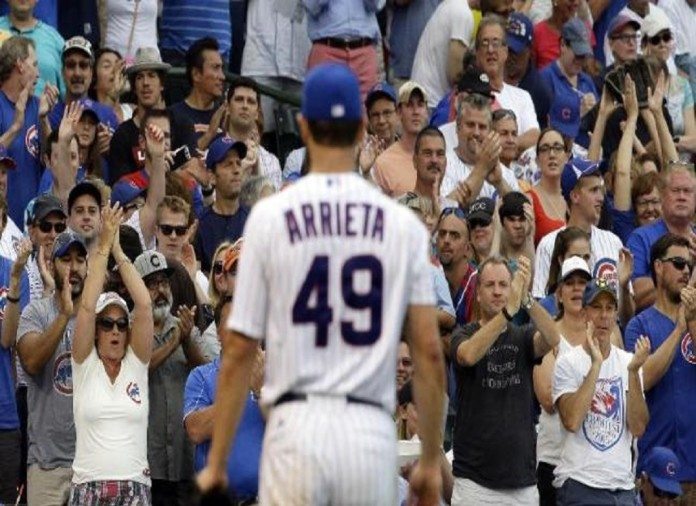 There are a lot of reasons that athletes wear the numbers they do. Michael Jordan chose number 23 when he finally made the varsity team in high school because his older brother, Larry, wore number 45, which is the number Jordan had been wearing. 23 was close to half of 45 so he just went with that. As we all know, he would wear 45 for a short time when he returned to the Bulls in 1995 and during his baseball career.

Jason Heyward wears number 22 to honor a high school teammate that died in a car accident. He’s worn the number his entire major league career and Addison Russell was kind enough to give it up when Heyward signed with the Cubs in December.

For Jake Arrieta, however, there’s a very simple reason why he wears number 49. While answering questions from fans this week on Twitter, the Cy Young winner revealed there’s really no reason at all.

After wearing three different numbers when he was with the Baltimore Orioles (57, 34, 38), Arrieta just took what he was given when he was traded and went with it. If you’ll recall, the number’s previous owner, Carlos Marmol, was designated for assignment the week before Arrieta was traded to Chicago. Arrieta got it and the rest, as they say, is history. And he is right…it has been pretty good to him thus far.