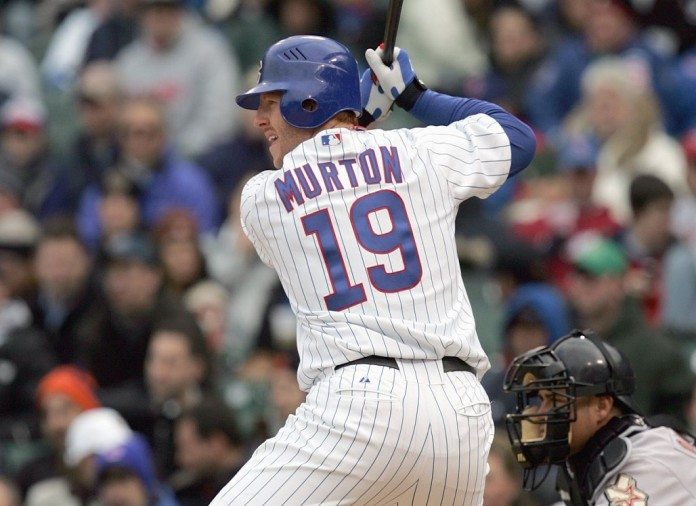 We’re only a few weeks away from the start of spring training and the Chicago Cubs will have a lot of new faces in Mesa. Jason Heyward, Ben Zobrist and John Lackey are the biggest names to join the club, but according to a report out of Japan, a familiar name may be returning to the North Side….Matt Murton.

You remember Matt Murton, don’t you? He was that other guy that came to the Cubs in the Nomar Garciaparra trade with the Boston Red Sox in 2004. He played that year in the minors but would join the big-league club the following season and played well when called upon. In 51 games in 2005, Murton hit .321, had an on-base percentage of .386 and had a .521 slugging percentage. In 2006, he became the everyday left fielder and continued his stellar play with a .297/.365/.444 line and added 13 homeruns and 62 RBI in 144 games. He was only 24 years old and a long future with the Cubs seemed to be in order.

However, Cliff Floyd was soon brought into the mix and Murton’s playing time diminished, even spending some time in AAA. He only appeared in 94 games in 2007 and played 42 games in 2008 before being traded to the Oakland A’s. The A’s didn’t use him that much and traded him to the Colorado Rockies prior to the 2009 season. He played only 29 games for Colorado and made the bold decision at 28 years old to take his talents to Japan in 2010. He made an immediate impact with 214 hits in his first season and over the course of six years with the Hanshin Tigers, Murton hit .310/.354/.438.

The report from Japan indicates that Matt Murton has signed a minor league deal with the Cubs, who have yet to confirm that but having been a huge Matt Murton fan back in the day, I certainly hope that this is true. Obviously, with the stacked lineup that the Cubs will have in 2016, I don’t expect a 34-year-old Murton to be a fixture in the starting lineup, if he even makes the big club at all. It would just be a nice option to have if the need were to arise…and a welcome one at that. Wouldn’t it be great to see his career come full circle?