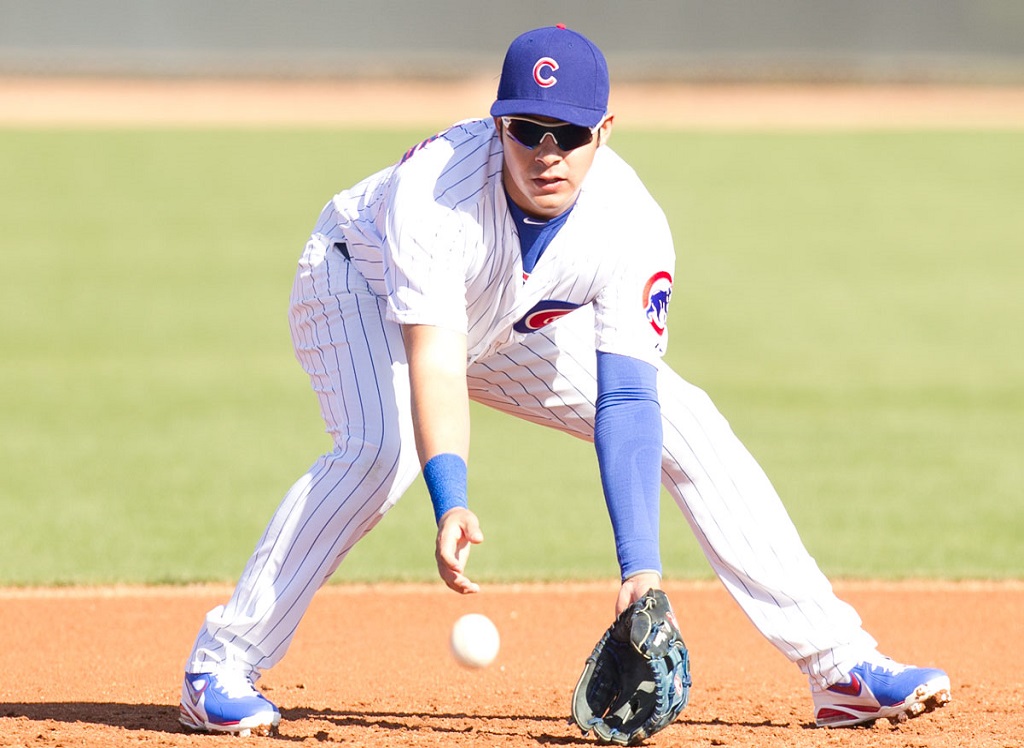 Chicago Cubs prospect Christian Villanueva broke his right fibula during practice on Sunday and is expected to need surgery.

Villanueva, 24, came to the Cubs from the Texas Rangers in 2012 as part of the Ryan Dempster-Kyle Hendricks deal and was considered a very important part of the depth chart at third base. When Kris Bryant was promoted from Triple-A Iowa to the major leagues, Villanueva was promoted from Double-A Tennessee to take the reigning National League Rookie of the Year’s place.

The unfortunate injury occurred during infield practice as Villanueva landed wrong after leaping for a high chopper. Manager Joe Maddon spoke about the freak accident.

“It’s just crazy. He’s going to be out for an extended period of time. It’s just really unfortunate. This kid came in ready to go. He made a great impression on us at the end of last season – a very good infielder and he was starting to hit.

“Our guys spoke really highly of him last year, but they were talking even more glowingly this year about the advances he had made. It’s just unfortunate.”

Christian Villanueva was once rated as a top 100 prospect by Baseball America.