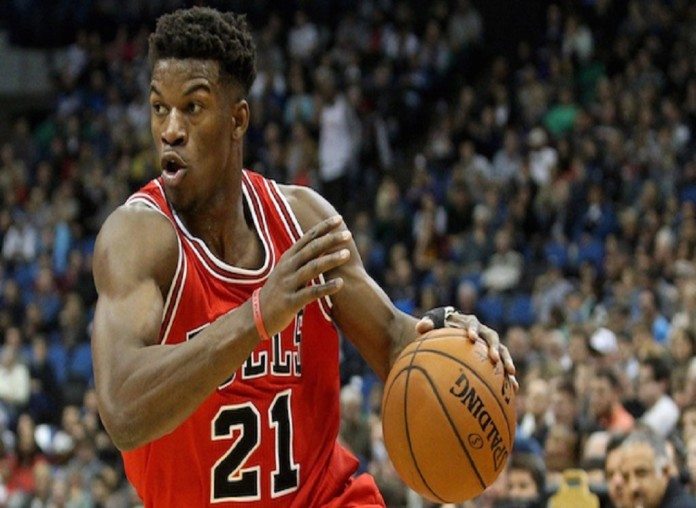 Just a little while ago, the updated numbers for the NBA All-Star Game voting were released and the Chicago Bulls have four players listed in the top 15 of their respective categories. Pau Gasol, who has an outside chance of being selected by the coaches, is currently fifth in the frontcourt voting while Joakim Noah is in 13th. LeBron James is the clear leader in that category. As far as guards are concerned, Derrick Rose sits in seventh place and the best chance the Bulls have for an All-Star, Jimmy Butler, is in fourth. Here are the latest figures.

It’s not surprising to see Chicago native Dwyane Wade at the top. He’s been one of the most popular players in the NBA for the past decade. If you look at the numbers, it’s easy to see that he will be the starting shooting guard for the Eastern Conference on Valentine’s Day in Toronto. There’s been recent controversy surrounding the possible selection of Kyrie Irving, who has only played in seven games this season, but Kyle Lowry does have another week and a half to close that gap. Then there’s Butler, who is having the best season of his young career. He’s not going to catch Wade in the voting, but I can almost guarantee that he’ll be selected as a reserve on January 28. If that happens, it would be his second straight All-Star Game appearance. He scored six points on 3-of-4 from the field in just over nine minutes last year at Madison Square Garden.

Just for kicks, I thought I’d compare the stats for the top four guards in the voting.

Hmmm….by my count, Jimmy Butler has better overall numbers than Wade. What do you think? Yes, I know the fan vote makes the ultimate decision, but should Jimmy Butler be starting the NBA All-Star Game?