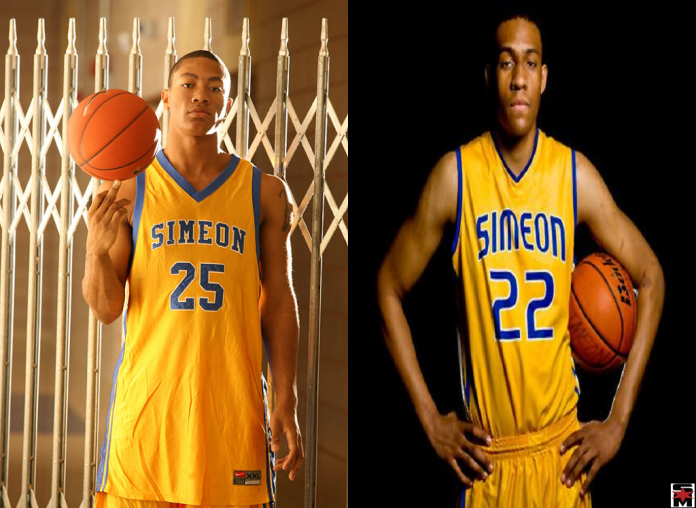 Yeah, yeah, yeah…I know it’s a little late getting to this, but it’s been a busy week here at Sports Mockery so I’m sure you understand. A couple of nights ago, Derrick Rose made his return to the lineup after a three-game absence, just in time to face somebody he used to play pickup games with back in high school, fellow Simeon High School star Jabari Parker. After the Bulls 117-106 victory over the Bucks, Rose had this to say about his first meeting with Parker.

The math seems to be a little off for me as Rose graduated in 2007 and Parker in 2013, but I suppose that’s not the point here. It is a pretty cool story and as someone who was in attendance to watch both of these guys win high school championships, it was great to see these two go at it in the NBA. When asked about mentoring the young Bucks superstar, Rose had this to add.

Derrick Rose on Jabari Parker: “I wouldn’t say a mentor…. but I watch him from a-far.” pic.twitter.com/uh4qtIiX1D

If both of these guys can stay healthy (and that’s a big if), it will be great to see them battle for years to come.