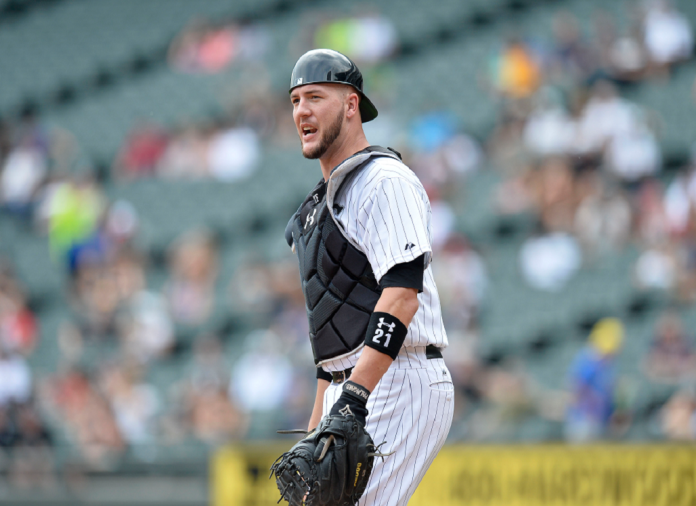 The early reaction is exactly what you might expect. 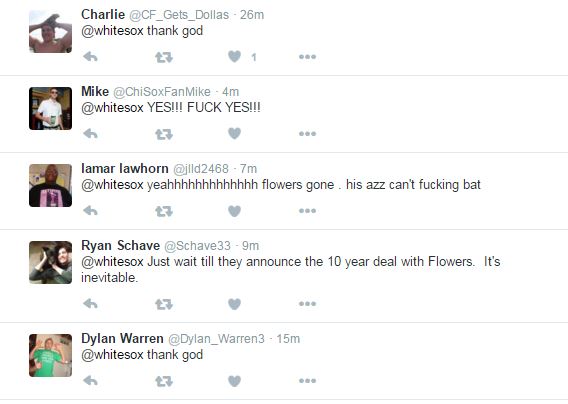 Flowers certainly hasn’t been the most popular guy in Chicago over the past few years, which isn’t a surprise given his lack of offensive output. The move comes as a little bit of a shock, as he was expected to platoon with newly signed catcher Alex Avila, but with his career numbers, I guess the Sox have had enough.

Also out in Chicago is a guy that never even threw one pitch for the Sox, right hander Jacob Turner. Once a top 30 prospect and one of the best players in the Detroit system, the 24-year-old has not lived up to the potential that comes with being the ninth overall pick, as he was in the 2009 draft. When things didn’t work out in Detroit, he ended up in Miami, appearing in 20 games (12 starts) for the Marlins in 2014 before being traded to the Cubs. He did not pitch well in either place and did not pitch at all in the big leagues in 2015, spending most of the year on the disabled list with a strained right flexor tendon and right shoulder inflammation. He’s only 24, so he’ll probably catch on somewhere, but it doesn’t look like it will be in Chicago. He was claimed by the Sox off waivers in late October, and it was thought he might get a shot in spring training, but he is also now officially a free agent.

No Timetable For Michael Kopech’s Return To White Sox Camp

White Sox Hitting Prospects Could Be Vital For The 2020 Season