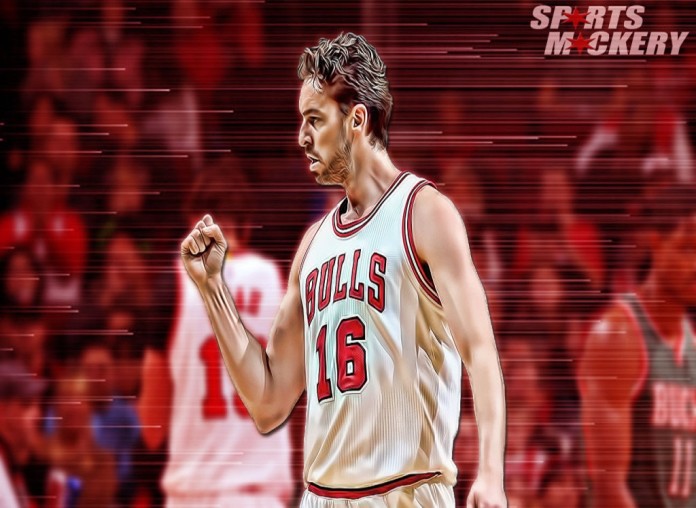 This coming Saturday night, the Chicago Bulls will host the Charlotte Hornets at the United Center. While this may seem like a normal Saturday night game in December, it will actually be a special one for Pau Gasol. This will be game number 1, 000 in his career, tying him for 114th on the all-time list with Nazr Mohammed and Glen Rice. If he can avoid injury, he’ll move into the top 100 before this season ends, and the 35-year old, two-time NBA champion has no plans on slowing down. The question that Bulls fans want answered is: Will he be in a Chicago uniform after this season?

The Bulls have gotten off to a decent start despite the poor shooting from Derrick Rose and lingering trade rumors involving Joakim Noah, with Jimmy Butler and Gasol continuing to be the most consistent players on the team. Pau had a monster game last night in the victory over the Nuggets, putting up 26 points, 19 rebounds, four blocks, and three assists, and afterwards he told CSN Chicago that it was “very likely” that he’ll opt out of his contract this summer and test the free agency market.

“As long as I keep playing like this, ” Gasol said. “I know I’ll have some options.”

Gasol signed a three-year, $22.3 million deal last summer, and you’d think at 35, he might be happy with an annual salary of over $7 million, but if you really look at it, he’s underpaid as far as the market is concerned. When listed as a center, which he is often, he’s ranked 20th in salary. When listed as a power forward, he’s 23rd. Are there really 22 power forwards in this league that you’d want on this team ahead of Pau Gasol? If he keeps his current production, it might be difficult for the Bulls to keep him, but there is word going around that they will make a real effort to keep him.

However, the summer is a long way off, and I’d prefer not to worry about that right now. I’d much rather concern myself with how Gasol can help the Bulls while he’s still here, and it seems like he’s in the same boat, which is probably why he gave the short answer that he did when asked about his contract. This is more of what I like to hear:

“I feel pretty good right now physically, ” Gasol said in the locker room after Wednesday’s game. “I had to take it easier in the preseason so I started a little slower this season than I would’ve liked but because of how I played this summer I had no choice. I had to refuel somehow so I could have enough gas to make it through the entire season and still get to the end with enough and push through so I can play well in the playoffs.”

It’s easy for us to get wrapped up in what might happen in the offseason, but let’s take the time to enjoy what Pau Gasol has brought to Chicago, congratulate him on 1, 000 games, and hope that we see a lot more in a Bulls uniform.