Home Chicago Cubs Listen To How Adam Warren Found Out He Had Been Traded To... 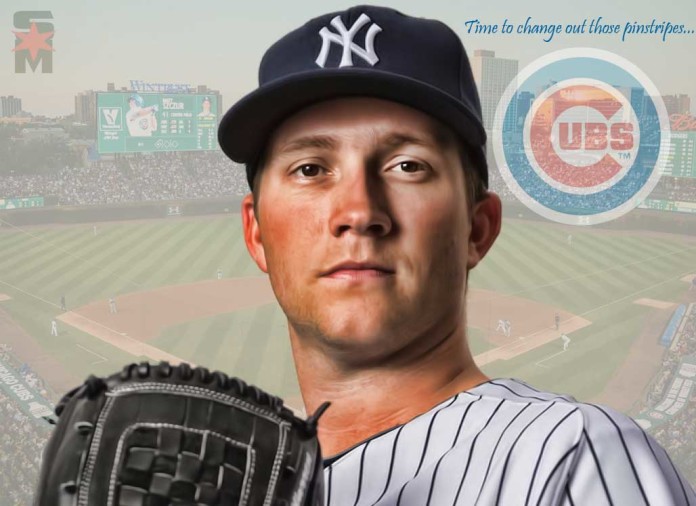 A few weeks ago, the Chicago Cubs traded Starlin Castro to the New York Yankees. In return, the Cubs acquired right hander Adam Warren, who went 7-7 with a 3.29 ERA in 17 starts and 26 relief appearances this past season. This much we already know. What we hadn’t heard yet is the funny story about how Warren found out he’d be playing on the North Side in 2016.

In a recent interview with MLB Network Radio on SiriusXM, he explained that he actually learned of the trade by seeing it on ESPN. However, it wasn’t a case of the Yankees simply not telling him, but he just had his phone off, a rule he has whenever he’s out of the country. He and his wife were in St. Lucia at the time and just happened to be somewhere the TV was on and he noticed there was a trade between the Yankees and Cubs and wanted to know who was involved. Take a listen to how it all went down.