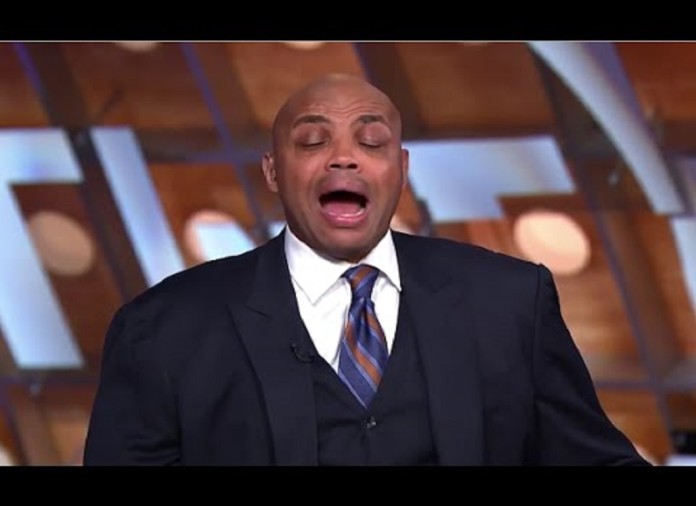 The conversation isn’t going to go away. Throughout the NBA season, the talk will continue on whether or not the Golden State Warriors will break surpass the 72-10 regular season mark that the Chicago Bulls set in the 1995-1996 season on the way to their fourth NBA title. The Warriors are currently 25-1, with their only loss coming last week to the Milwaukee Bucks. The latest to chime in on the situation is someone who knows the 90’s Bulls quite well….Charles Barkley.

As a guest on ESPN Chicago’s Waddle & Silvy Show on Thursday, the Hall of Famer was asked to compare the two teams and Barkley had a very quick response.

“You’re kidding me, right? That Bulls team would kill this little team. Come on, man. Who is going to guard Scottie Pippen and Michael Jordan? What about Dennis Rodman? Just because these guys are beating up on inferior competition, don’t overreact now.”

He’s not even convinced that this Warriors team can win the title this season, saying that the still likes the Spurs to win the championship, but was eager to talk about his old rivals some more.

“Michael Jordan, Scottie Pippen and Dennis Rodman — let me just start with those three, ” Barkley said. “First of all they would love playing the way the Warriors play. It’s a much easier game now. Could you imagine how many points Michael would average if you couldn’t touch him? Dennis would get so many rebounds against that team. They are a very small team.”

As an added bonus (you can always count on Sir Charles to keep things interesting), he said that the ’95-’96 Bulls weren’t the only team from his day that could beat Golden State, saying that his 1992-1993 Phoenix Suns could get the job done as well. If you’ll recall, Barkley was the MVP of the league that season and reached the NBA Finals, losing to the Bulls in six games.

“I like our chances. I do. It’ll be, Kevin Johnson — the one weakness people don’t even pay attention to, Steph Curry is not a great defender. If you look at the games that they’ve struggled they’re going at him offensively. Kyle Lowry had 41. When they played Boston, (Avery) Bradley had 18 the first half. I’d go at (Curry). You need a good point guard to go at Steph and not let him play one end of the floor. You need a guy down low to get you easy some baskets. Kevin Johnson, myself, Dan Majerle, I like our chances against the Warriors.”

What do you think? Is Charles Barkley correct in what he’s saying? As I stated before, the conversation isn’t going to go away, so we might as well get used to talking about it from time to time. 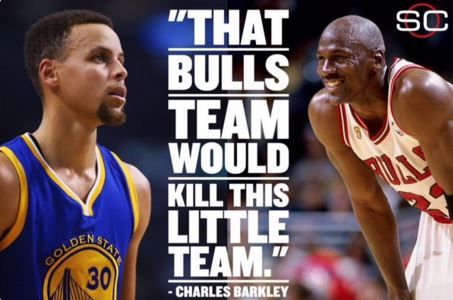