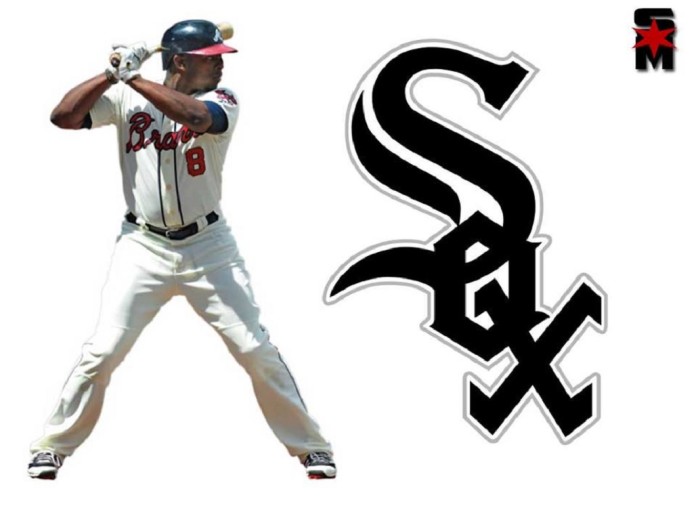 There have been plenty of names thrown around as potential free agent signings and/or trades for the Sox, including right here on this site, but I thought I’d stir the pot a little and add one more to the conversation, former number one overall pick Justin Upton. The White Sox have already told the league that they are willing to trade Avisail Garcia, which would create an opening in right field if that indeed happens. Of course, that would also depend on who they get in return, but it’s unlikely that any trade involving Garcia would give Chicago a player like Upton.

Unfortunately, in the world that we now live in, Justin Upton is looked at as a disappointment, although I’m not quite sure why. There is a lot of pressure that comes with being the number one pick in the draft, as Upton was in 2005, and it’s very difficult to live up to. Not everybody can be Bryce Harper, although Upton did finish 4th in the NL MVP vote in 2011 as a member of the Arizona Diamondbacks. And really, who wants to be the number one pick anyway? Did you know that not a single person that has been drafted number one has ever been elected to the Hall of Fame? Granted, that will change in about six weeks when Ken Griffey Jr. likely gets voted in, but I think you get my point. The White Sox don’t need a Hall of Famer, but they do need something that’s better than what they have now, and Upton easily fits that description. Take a look at his numbers over the last five years.

Okay, the .251 average from this past season is a little disconcerting, but over a five-year period, he’s averaging a .271 batting average, 26 home runs, and 82 runs batted in. Now take a look at the offensive options from 2015 not named Jose Abreu.

In Sanchez’s defense, he is very young and is nowhere near the level he’s going to reach, but Adam Eaton, your leadoff man, probably should not be second on your team in home runs. Naturally, the question that will inevitably be asked is if the White Sox can afford him. The market is very expensive right now, and if Jason Heyward signs somewhere before Upton does, that may factor into what Upton is offered, but with big contracts coming off the books after next season (John Danks-$15.75 million, Adam LaRoche-$13 million), maybe the Sox can get away with something like a 5-year, $100-110 million contract. You may be thinking that Upton isn’t worth $20+ million per year, but if a guy like Shin-Soo Choo (.276, 22 HR, 82 RBI in 2015) is averaging $18+ million per year, you can expect Upton to command that kind of cash.

Justin Upton will be getting a lot of attention as this offseason continues, and will have plenty of suitors. If the Orioles can’t re-sign Chris Davis, expect them to be in the mix. The Angels are always looking to throw money around as well. What do you think? Should the White Sox seriously consider making a run at Justin Upton?

No Timetable For Michael Kopech’s Return To White Sox Camp