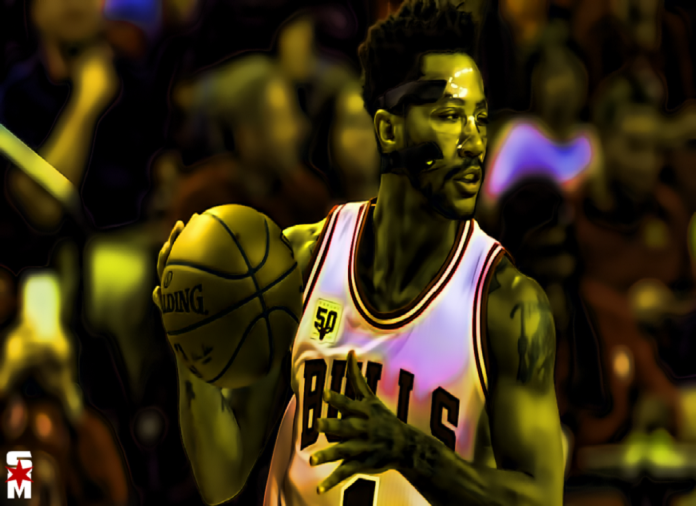 The Chicago Bulls had practice on Sunday at the Oakland practice facility of the Golden State Warriors, and for the first time since spraining his left ankle, Derrick Rose joined the rest of the team for a full workout. He’s missed the last two games due to the injury, but seemed to be very confident that he would be ready for Tuesday night’s game in Portland.

“The ankle feels alright. Just working on my game every day. My body’s a little fatigued from sitting out so long but thank God we got today and tomorrow I think we’re gonna go pretty hard.”

The Bulls traveled to Portland after the practice to continue their yearly “the circus is at the United Center” road trip, which has actually benefited Rose. Since last Monday’s win against the Pacers, the game in which the former MVP was injured, Chicago has only played twice. They beat the Suns on Wednesday night in Phoenix behind a 32-point effort from Jimmy Butler. They followed that up by playing a very competitive game against the defending champion Warriors on Friday night before letting the game get away in the last five minutes, losing 106-94. I’m sure Rose was very upset that he had to miss that marquee matchup with Steph Curry, especially given his heroics in the Bay Area a year ago.

The Tuesday night game will be the Bulls’ first since Friday night, meaning that Rose had more than a week to get ready for game action against the Trailblazers while not missing much actual game time. Chicago will then head back to the Midwest for a Friday night game in Indianapolis before heading back to the UC to host the San Antonio Spurs next Monday night. Had there been some back-to-backs thrown in there, I’m not sure we would have seen such a quick return, but Rose is certainly ready to get back out on the court.

“I can keep (rhythm) for a little bit. I’m loving the way I’m working out. Loving the way I’ve been running in practice, just my conditioning. The pace I’m playing with, the workout sessions. Everything’s going well.”

Head coach Fred Hoiberg seems to echo that same sentiment, saying that the practice session was “a huge step in the right direction for sure….and it was good to see him back out there again.” Barring any setback, it looks like Bulls fans will be saying the same thing on Tuesday night.