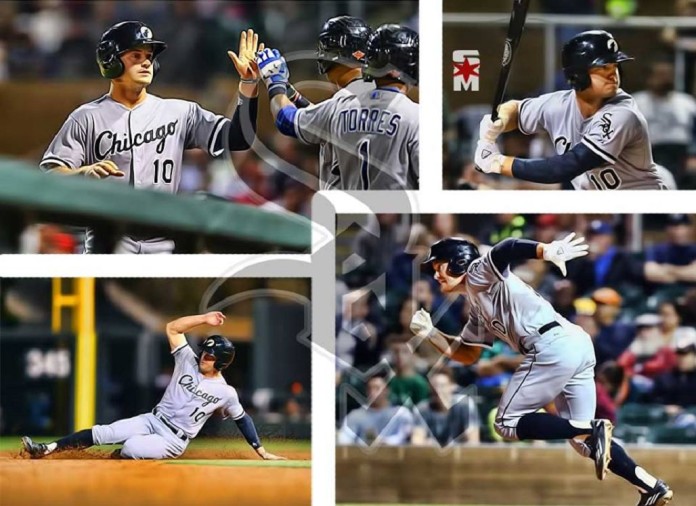 Not all the good young players are on the North Side, folks. Outfielder Adam Engel, currently ranked #17 on the Chicago White Sox prospect list, may see his stock rise a bit after this week after being named the Most Valuable Player of the Arizona Fall League. 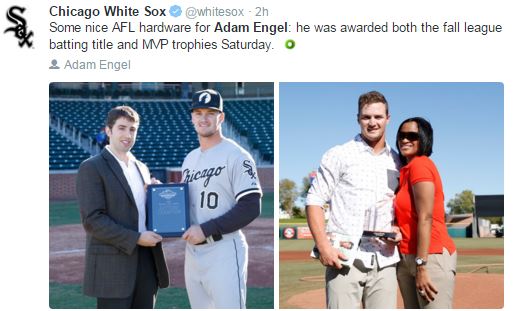 Drafted in the 19th round by the Sox in 2013 out of Louisville, the 23-year-old Engel also picked up the batting title, hitting .403 in 19 games for the Glendale Desert Dogs (I love the team names in this league). In addition, he led the league in on-base percentage (.523) and slugging (.642), was second in doubles (9) and stolen bases (10), had one home run, nine runs batted in, and scored 16 times. Those are really solid numbers for a guy who hasn’t been above the single-A level. In fact, the Arizona Fall League is usually reserved for Double-A and Triple-A players, so the fact that he was even there says a lot about him, even though he only hit .251 for Winston-Salem in 2015.

In winning this award, Engel finds himself in good company. While he is the first White Sox prospect to win the award, some guy named Kris Bryant was given this honor only two years ago. The White Sox Director of Player Development, Nick Capra, has stated that Engel will start next season in Double-A Birmingham, and seems to be very impressed with the youngster’s performance this fall.

“Obviously, as everybody knows, it’s been kind of a pitching-oriented organization since I’ve been here, and it’s nice to see some of the position players we have drafted here in the last couple of years come to the forefront. It gives us the opportunity to develop them and hopefully have the chance to get to the big leagues and hopefully win at that level.”

After a disappointing 76-86 season, it’s always good for White Sox fans to get some good news, and Adam Engel’s performance in Arizona is certainly that. Who knows if and when he’ll get to the major league level, but the MVP is going to continue to work hard to give the Sox another viable option for the leadoff spot in the future. This is what he had to say in a conference call to the Chicago media.

“It feels good to have hard work pay off. I’m a big believer if you get the right information from the people around you and you really work at it, you give yourself a chance to have success. It’s been good to see that success while I’ve been out here. It’s been a confidence builder and it just confirms that I’m getting the right information. It feels good and hopefully I can carry this out into next year.”

We’ll certainly be keeping an eye on Adam Engel.