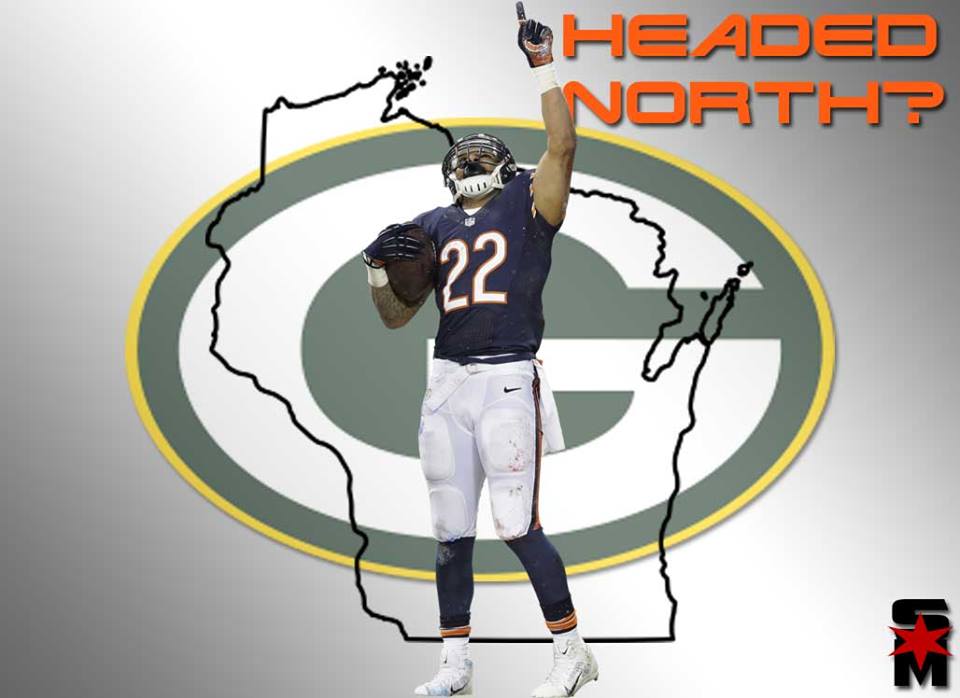 Few things are more talked about regarding the Chicago Bears of late that what fate awaits star running back Matt Forte.  Set to turn 30 in December, the two-time Pro Bowler will be a free agent for the first time in his career and nobody knows for certain what to expect.  Will he and the Bears work out a deal to bring him back or will they decide to part ways?

There is no question Forte can still play.  Prior to getting injured a couple weeks ago, he was one of the leading rushers in the NFL.  Problem is, in his absence rookie running back Jeremy Langford has played outstanding (145 yards rushing, 179 receiving, 3 TDs).  Many believe that his emergence is what could compel the Bears to let Forte walk. He’s an unrestricted free agent at the end of the season.

Should that happen, where could he go?  Well according to Chicago Tribune columnist Brad Biggs, expect rival Green Bay to have serious interest.

“Should the Bears be wary of letting a guy leave when they finally have an offense that is up and running and a quarterback who is finally comfortable? It’s not going to be a salary-cap decision. The Bears project to have more than $50 million in salary-cap space. But it will be a bottom-line decision. How much do the Bears want to invest after spending fourth-round picks on the position in each of the last two drafts?

“I think I already proved at the beginning of the season, through the first couple of games, I was still productive, ” Forte said. “I’m just playing football now. I’m worried about this year. I’m not really worried about what’s going on after that.

“I’ll be a free agent at the end of the year, and I’ll continue my career no matter what happens.”

It would be mighty interesting if the Packers, who have gotten a dud of a season to this point from Eddie Lacy, went against their tradition under general manager Ted Thompson and looked at Forte as the perfect addition for Aaron Rodgers and their offense. Before you dismiss the idea as foolish because Thompson rarely ventures into free agency, recall he added Julius Peppers to the defense last year with success.”

It’s not so much the fact that Forte would want to spurn the Bears as much as join a team that gives him a chance to win the Super Bowl.  Admittedly, Green Bay is closer at this point.  Teams like Dallas and New England have also been mentioned over the past few days.  All three teams have issues at running back and a player like Forte, even at his age,  doesn’t become available often.

What it comes down to is money, as it always does.  There is no reason for the Bears to not want to keep him but it will depend on how much he wants in a new contract.  If it doesn’t meet the price range for GM Ryan Pace, the likelihood of something getting done will fizzle.  Nobody will know for sure until next spring.