Not to worry, Cubs fans. The logo we’ve all come to know and love isn’t going anywhere, but for the home uniforms in 2016, the Chicago Cubs have announced there will be a new patch to commemorate the team playing at Wrigley Field for 100 years.

I know what you’re thinking. Didn’t they just celebrate 100 years at Wrigley last year? Yes, they did. What they wanted you to forget was that in 1914, it wasn’t the Cubs that played there. It was the Chicago Federals, later called the Chicago Whales, of the Federal League. It also wasn’t called Wrigley Field back then, but Weeghman Park, named after the owner of the Chi-Feds (no seriously, that’s what they called themselves). After that league folded in 1915, Weeghman gathered investors, including William Wrigley Jr., to buy the Chicago Cubs, who started playing in what is now called Wrigley Field in 1916. Hence, the new logo.

Commemorative logo #Cubs will use next season pic.twitter.com/CBMYG1J0jk

The new logo features a modern look for the logo that the team used in 1916, and the patch will be used on the home uniforms during the 2016 season. Memorabilia with the new logo is expected to be on sale soon. 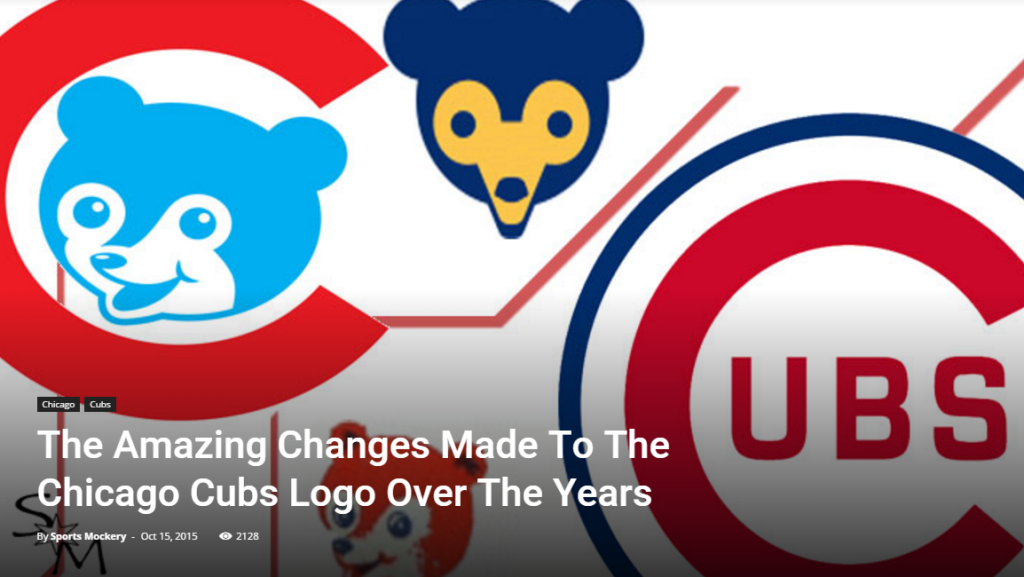