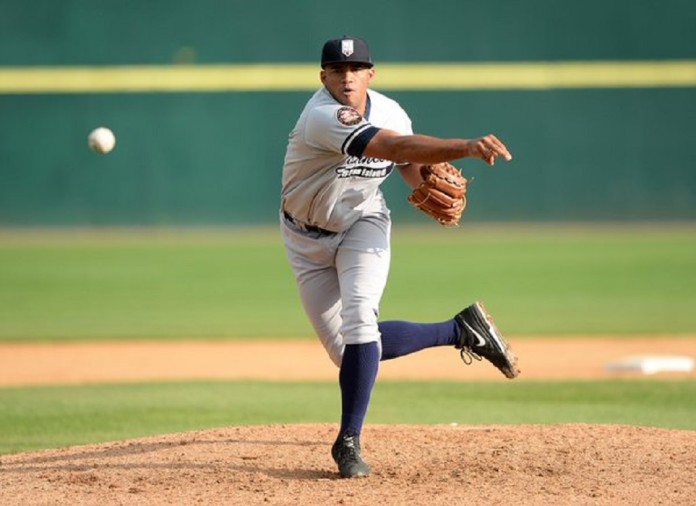 Major League Baseball teams have until 10:59 p.m. tomorrow night to finalize their 40-man rosters, and the Chicago Cubs moved their total up to 32 on Thursday by signing right-handed pitcher Andury Acevedo to a one-year contract, and also claimed left-handed Jack Leathersich off of waivers from the Mets. 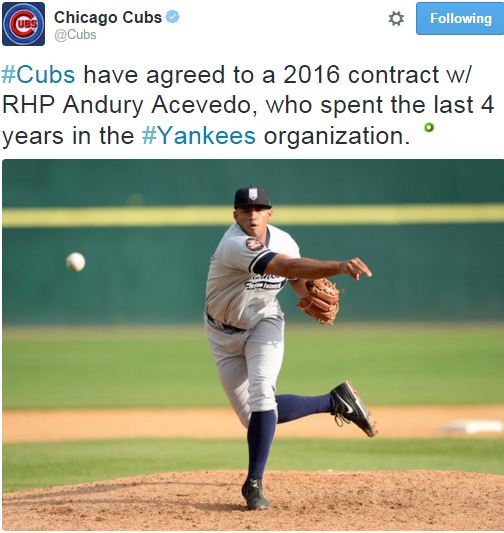 Acevedo was signed out of the Dominican Republic in 2007 as an infielder, but after years of inconsistency at the plate, he transitioned to pitching in 2012 as a member of the New York Yankees organization. In 2015, he started in A+ ball in Tampa, but made his way up to AAA by the end of the year. If I had to guess, he’ll start the year in the bullpen for the Iowa Cubs. Here are his career stats.

As for Jack Leathersich (how awesome is that name by the way), he was drafted by the New York Mets in 2011, and made his big-league debut earlier this year. After 17 appearances, his season was cut short at the end of July when he underwent Tommy John surgery, which puts him out until at least mid-season. Here are the career stats for Jack Leathersich.

The Cubs are expected to add a few more players to the 40-man roster in the next 24 hours, including highly touted prospect Willson Contreras. Stay tuned to Sports Mockery for all of the updates as they come in.