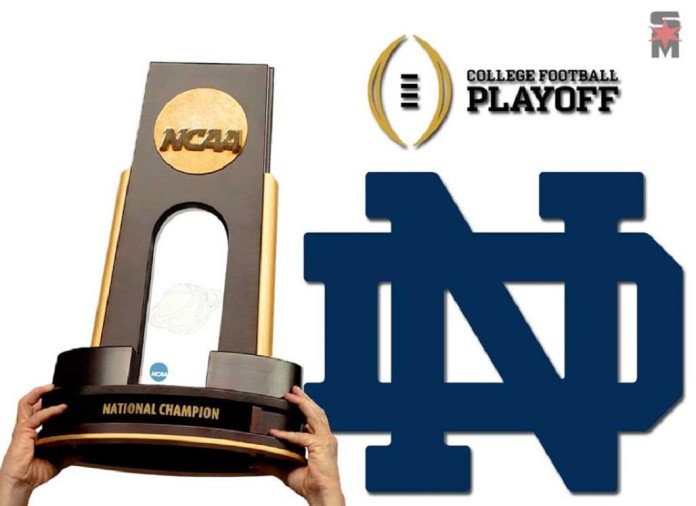 Thus far, it’s not been the best week for Notre Dame. After being ranked fourth in the College Football Playoff rankings last week, the Irish got themselves a win, albeit an unconvincing one over Boston College. However, they were subsequently leapfrogged by three teams and dropped to sixth in the latest rankings released on Tuesday, two places out of where they’d like to be. The team ranked ahead of them last week, Ohio State, lost to Michigan State, who moved up to fifth. Iowa went from fifth to fourth and Oklahoma jumped four spots from seventh to third after knocking off Baylor. This was the top ten going into this week’s games.

#4 Iowa beat Nebraska on Friday to move to 11-0, so they won’t be going anywhere come next Tuesday when the new rankings are released. They’re all set for next week’s Big Ten championship game, which I’ll get to in a minute. #7 Baylor, on the other hand, lost in double overtime to TCU, which drops them out of playoff contention, so there’s one team that Notre Dame doesn’t have to concern themselves with anymore. Let’s take a look at the rest of the games that will affect Notre Dame on Saturday, starting with the most obvious.

None of the rest of the games on this list matter if Notre Dame can’t beat Stanford. Although they’re ranked three spots lower, Stanford is actually favored in this game. The Irish probably won’t get any help from the committee this week after #15 Navy, whom they beat earlier this season, lost to Houston and Pitt lost to Miami. Those were two teams that ND needed to keep winning to boost their strength of schedule. That’s not supposed to matter as much as it used to, but we all know it does. The loser of this game will be completely eliminated from the playoff conversation. The Irish won last year’s contest, 17-14, but may need a larger margin of victory to really impress the voters.

Notre Dame fans shouldn’t count on #1 Clemson losing this one. The Tigers, who are the only team to beat the Irish this season, come into this game with a perfect 11-0 record while South Carolina are having a disastrous year at 3-8. The only hope that ND can hold out is if Clemson is already looking ahead to next week’s ACC championship game against #14 North Carolina. But with the Tigers favored by 20 points on the road, don’t expect this to be much of a contest.

Alabama is better than Auburn this year, but this is the Iron Bowl. I hate to use the cliche that you can throw the records out the window when these two teams get together, but it’s true. There’s nothing more that Auburn would like to do than to ruin the national championship hopes of their bitter rival, and Notre Dame fans would love to see that happen. If Alabama loses, #18 Ole Miss could sneak in to the SEC title game as the West representative to play #12 Florida, who has already locked up the East. I don’t care if it’s the SEC or not; if one of those teams were to jump that many spots over the Irish, there would be a riot in South Bend. But Auburn needs to do their job first.

While many thought that Friday’s Baylor-TCU game would be the unofficial Big 12 title game (there isn’t an actual conference championship game anymore), it now boils down to the in-state rivalry between #3 Oklahoma and #11 Oklahoma State. Again, it’s hard to see a team jumping from eleventh past Notre Dame, so the Cowboys are definitely the team Irish fans should be rooting for today. The only problem is that after TCU’s win over Baylor, the conference looks even more balanced than it already did. The Big 12 is likely to have four teams in the top 15 when the new rankings come out, regardless of the outcome of this game, but it seems simple enough. Oklahoma is ranked higher than Notre Dame, so they would want the Sooners to lose. This may just be an instance where not being in a conference may hurt the Irish.

Iowa is already waiting for somebody to play in the Big 10 (I’m not going to try and type that stupid logo) championship game. The question is who exactly they’ll be playing next week. #5 Michigan State has the luxury of playing at home today, and can secure a berth in that game with a win against Penn State, but Notre Dame is hoping that the Nittany Lions can pull off the upset. That would give the Spartans two losses and certainly drop them out of playoff contention. However, that wouldn’t leave Iowa as the only Big 10 team with a chance to bypass the Irish, as the last two teams on our list will be waiting patiently for the result of this one as well.

If Penn State can beat Michigan State, that opens the door for the winner of Ohio State-Michigan to walk into the Big 10 title game to play Iowa. The Big 10 is just tricky. If Michigan wins this one and then somehow beats Iowa, would the committee vote in a two-loss team over Notre Dame? With as good as the conference has been this year, it might be hard to keep the champion out of the playoffs, but you never know. As hard as it might be, the Irish just might want to root for the Wolverines today.

There’s so many different scenarios that could play out today, but one thing is for sure. There’s a lot of great college football on all day today, and Notre Dame fans will have their eyes on a lot of it. Enjoy your Saturday. 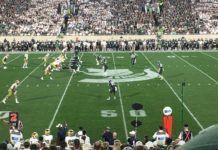 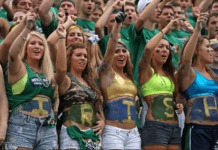 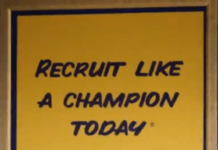 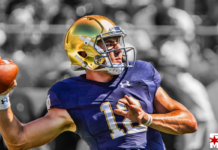 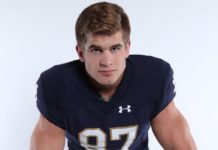 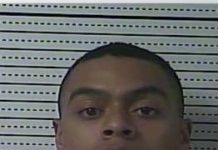 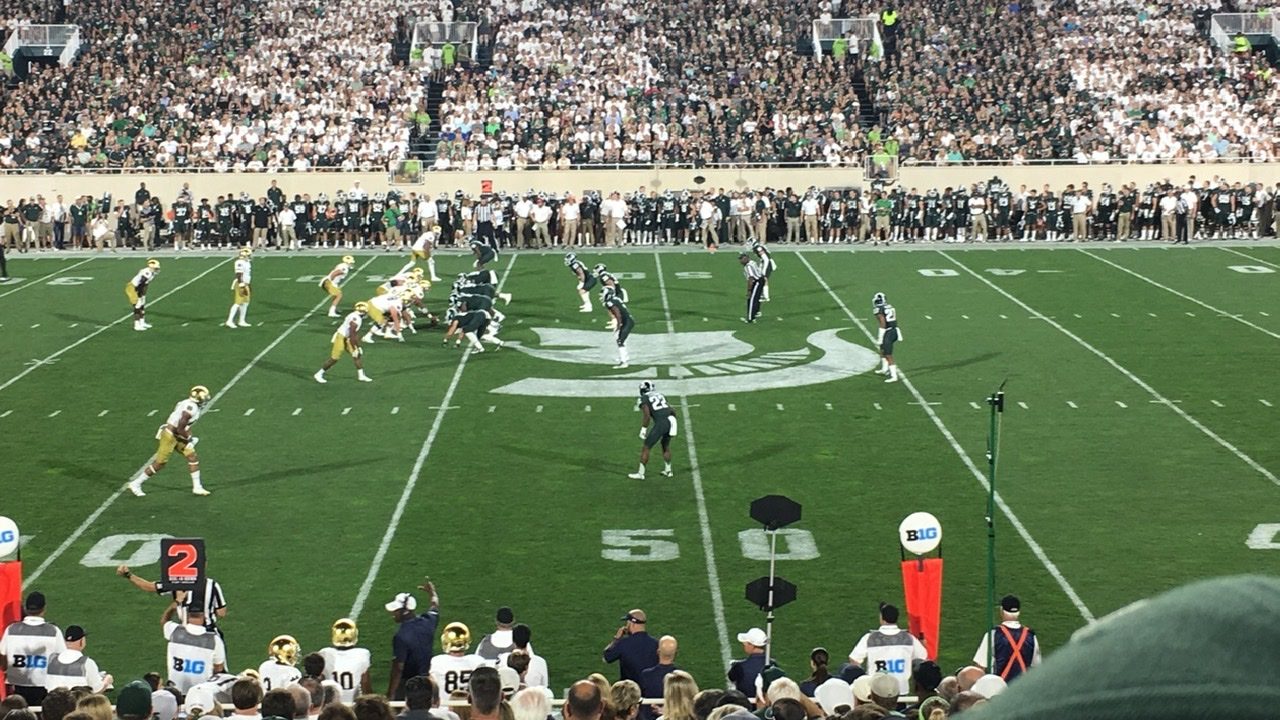 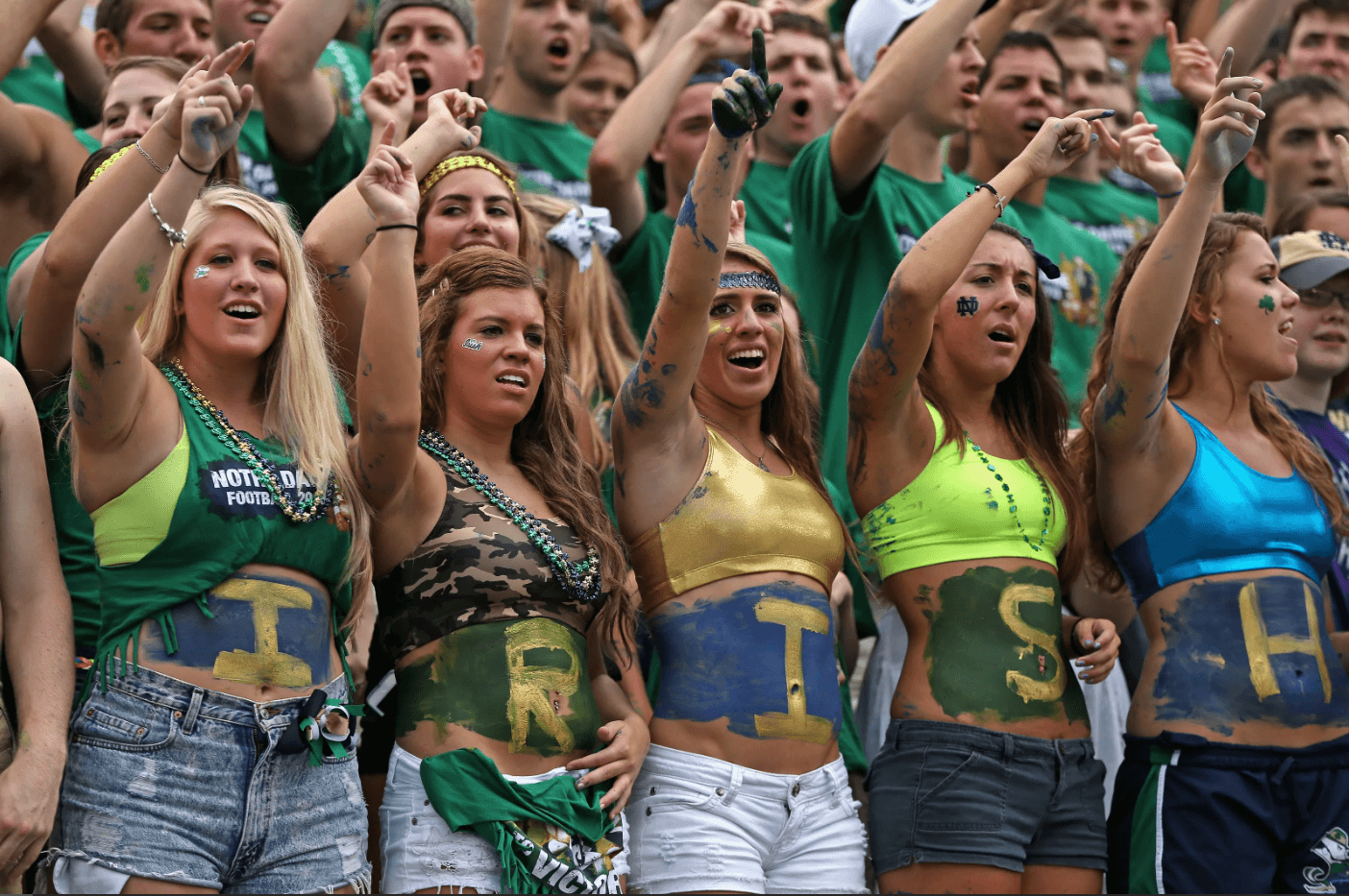 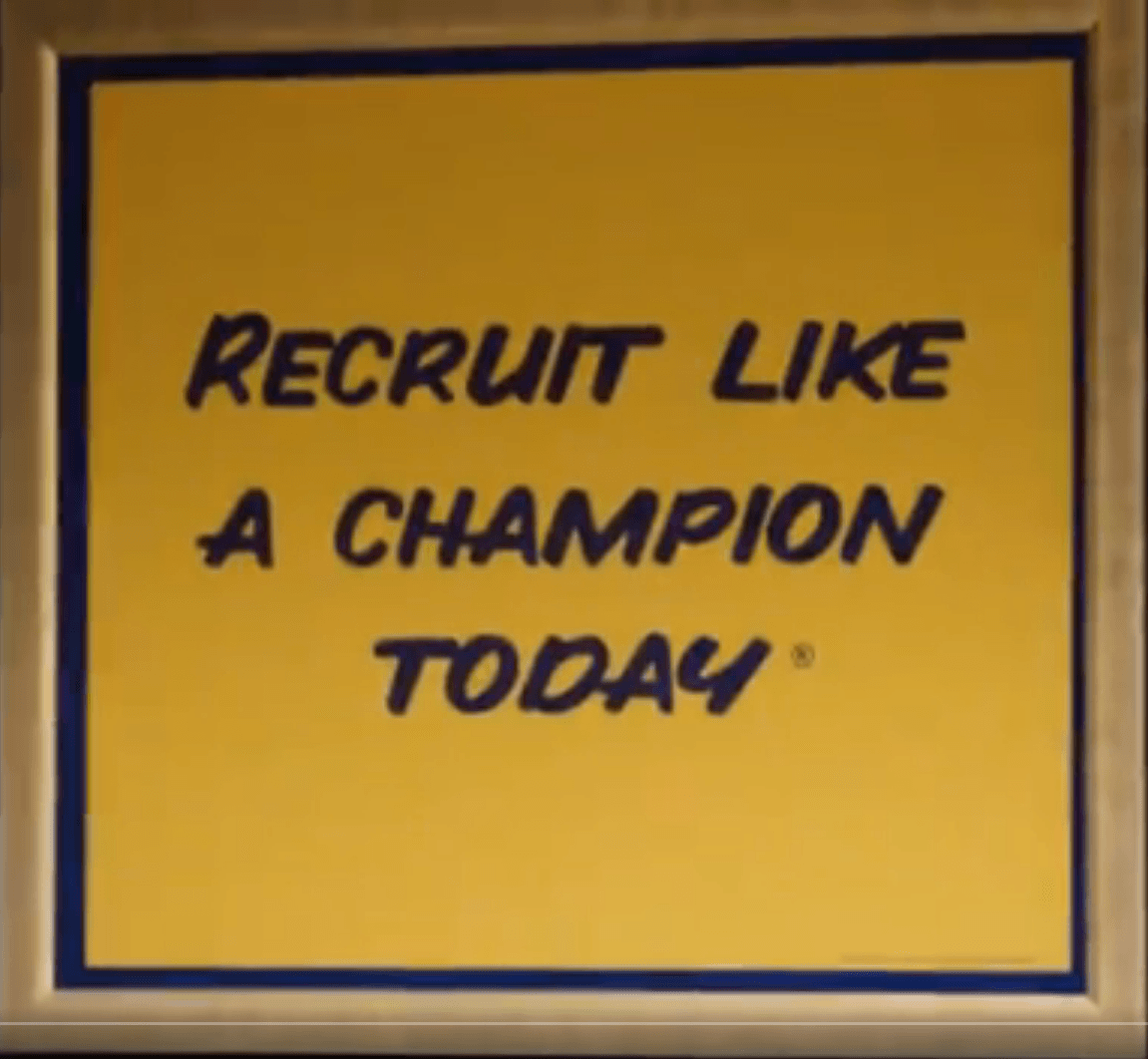 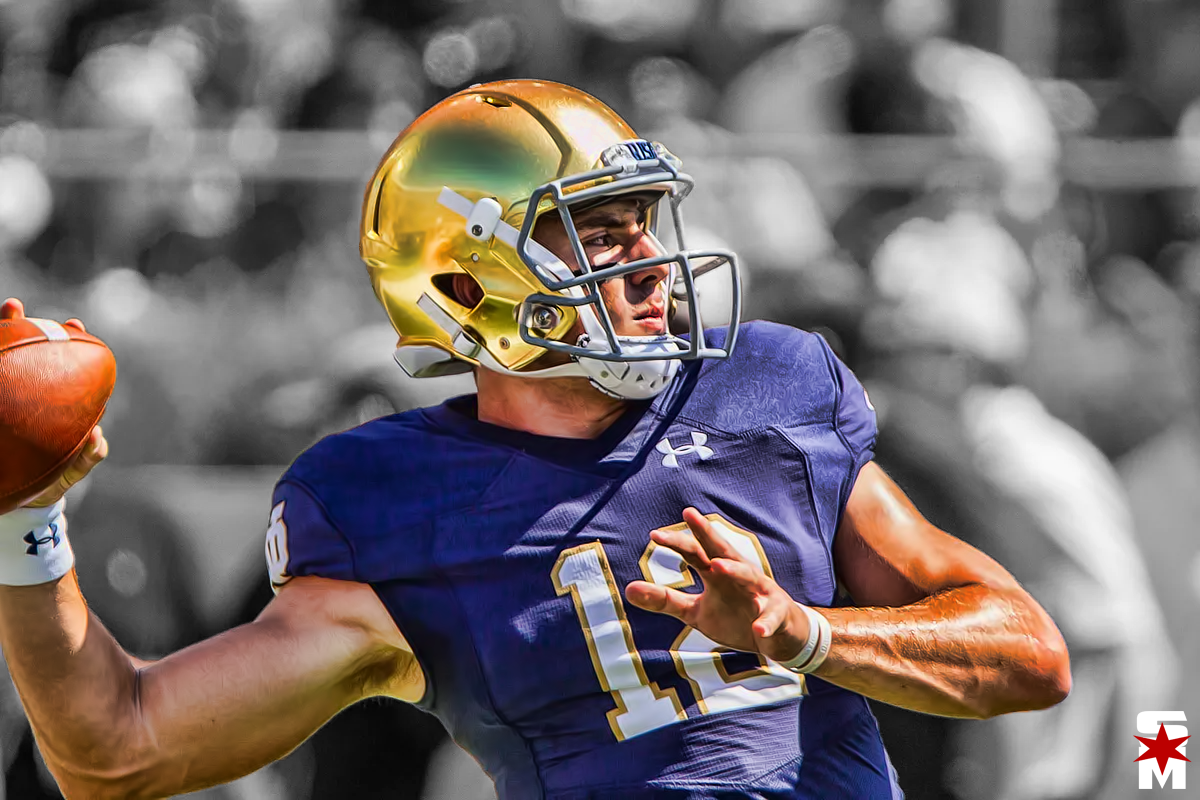 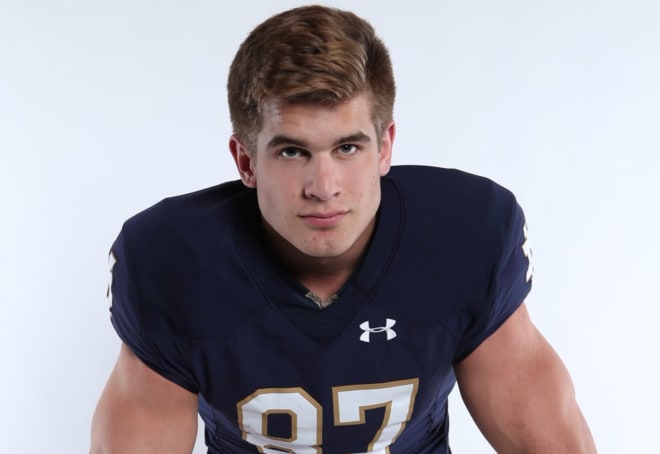