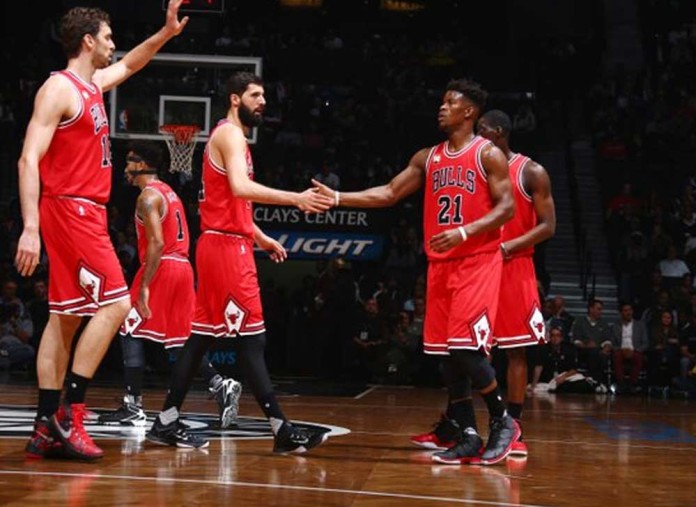 The Chicago Bulls picked up their second consecutive win to start this 2015 NBA season, defeating the Brooklyn Nets 115-100, and made a little history in the process.

That 3-pointer from Nikola Mirotic was the first of 14 made by the Bulls on Wednesday night. The Brooklyn Nets made none. This was only the sixth time in NBA history that a team has made at least 14 triples while their opponent made zero.

Jimmy Butler led the way for the Bulls with 24 points, going 3-3 from deep, and Nikola Mirotic added 18, making four of the eight threes he attempted. 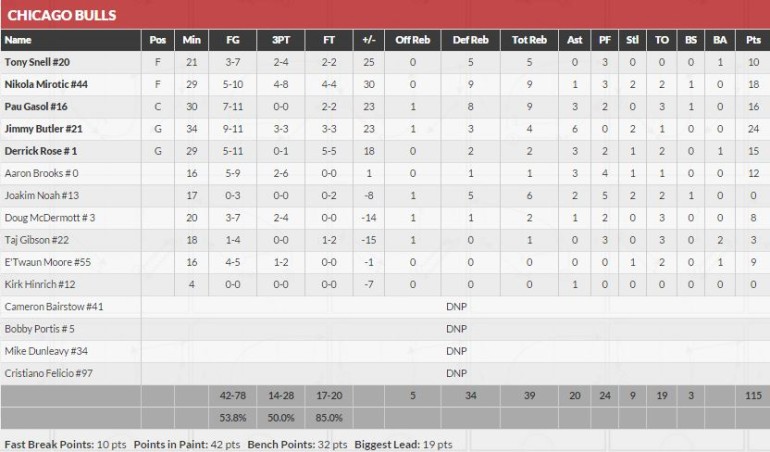 The Nets had a respectable shooting night at 41.9% (39-93), but couldn’t get anything going from long range, going 0-for-9 on three-pointers. Brook Lopez had a solid game with 26 points and seven rebounds, but Jimmy Butler and the Chicago defense were able to hold Joe Johnson to only 15 points on 4-15 shooting. Obviously, none of those four were worth three. 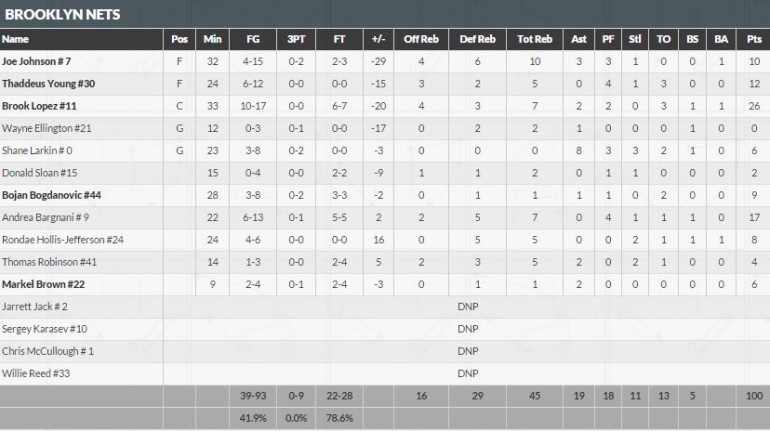 The Bulls look to continue this hot streak on Friday night in Detroit.