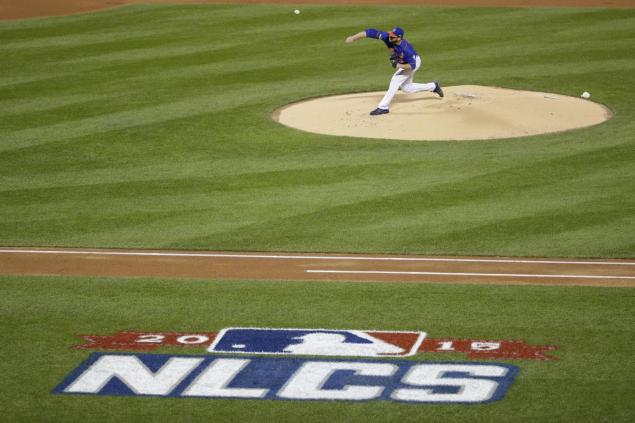 Saturday night’s NLCS Game 1 had a disappointing result for Cubs fans all over the country, but the viewership certainly wasn’t a disappointment for TBS.

And through the roof the ratings were. Last night’s game became the network’s highest-rated NLCS Game 1 ever, with an average of 7.9 million total viewers and garnered a 4.5 U.S. household rating, according to the Nielsen Fast Nationals.

In comparison to the network’s coverage of the ALCS last year, the Cubs-Mets matchup was up 34% in total viewers and 25% in rating over Game 1 from the Kansas City-Baltimore series, and up 46% in viewers and 29% in rating from 2013’s NLCS Game 1 between the Cardinals and Dodgers.

The game peaked from 9-9:15 with 9.3 million viewers, and won the entire night on television, not just on cable but the broadcast networks as well. TBS will be hoping for a repeat performance tonight when Game 2 kicks off at 7:07 p.m.