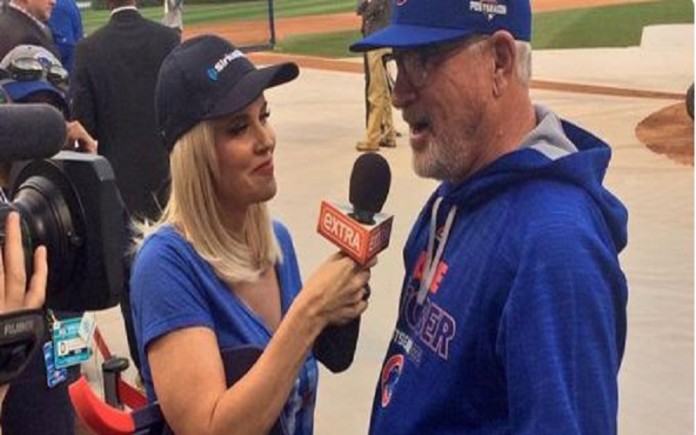 Jenny McCarthy attended last night’s NLCS Game 3 at Wrigley Field. I know, it’s not the biggest news in the world, but I’ll be damned if it didn’t end up being hilarious news. After being known as a Playboy model and MTV personality back in the day, you’ll usually find her in the news these days as an anti-vaccine activist, and after MLB.com tweeted that she was at the game, the internet let her have it. 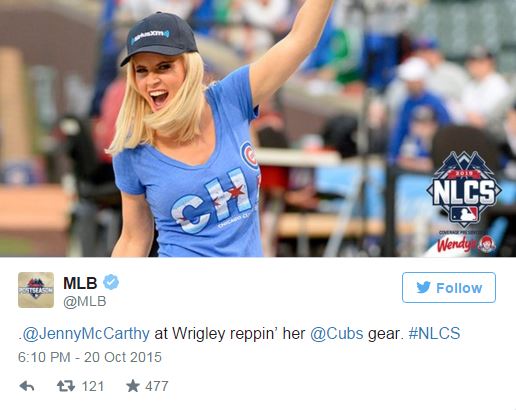 Damn, he just went right for it, didn’t he?

Those are a little more of what’s to be expected, but this next one is my absolute favorite. Some of the younger generation might not understand it, but believe me, it’s hysterical.

At least one of the suburbs came to her defense.

But then this guy slammed the door on that. 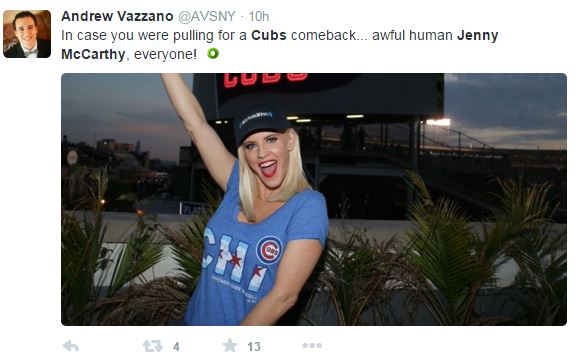