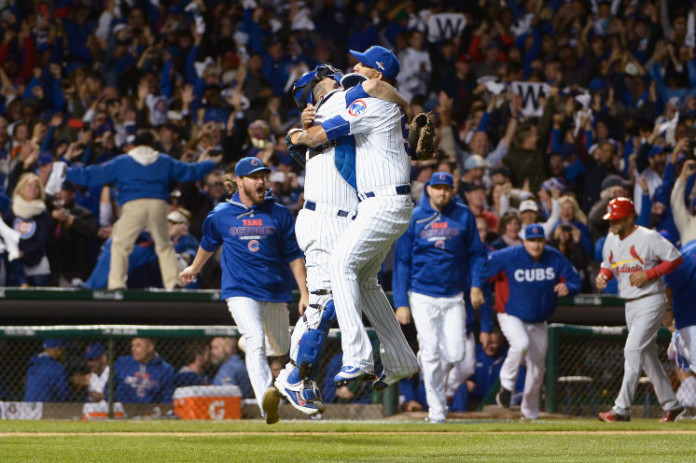 With the story breaking a few minutes ago that the Cubs would be without Addison Russell for the NLCS, maybe this will cheer you up.

In 2012, the San Francisco Giants beat the Cardinals in the NLCS 4-3, and went on to sweep Detroit in the World Series.

In 2013, the Cardinals made it all the way to the Fall Classic before losing in six games to the Boston Red Sox.

In 2014, the Giants and Cardinals once again battled in the NLCS, with the Giants winning in five games this time. The Giants defeated the Kansas City Royals in an epic seven-game World Series.

Maybe I’m reaching a little bit, but I’m certainly not the only one, and with the Addison Russell news coming out, I thought Cubs fans could all use a pick-me-up.