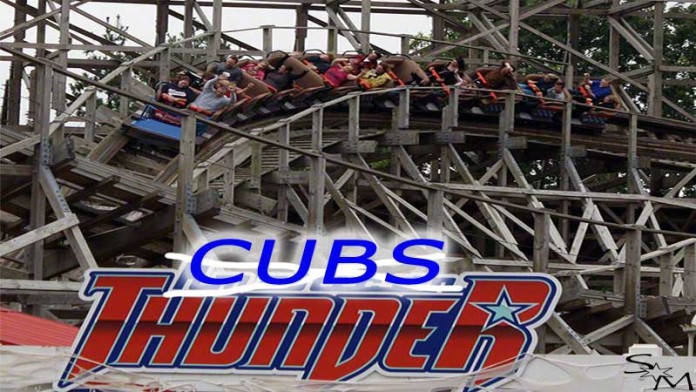 Not wanting to be left out of all of these friendly wagers involving the Cubs and Cardinals, Six Flags Great America and Six Flags St. Louis came up with one of their own. Each park is in the middle of their Halloween-themed Fright Fest, and the bet was that if the Cubs lost, the Raging Bull roller coaster in Gurnee, IL would be renamed Raging Cardinals for the remainder of Fright Fest.

On the other side of the coin, if the Cubs won, St. Louis would have to change the name of their American Thunder coaster to Cubs Thunder. 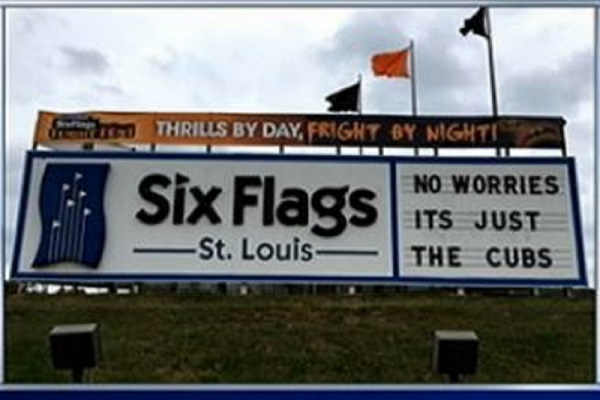 I think we know how that turned out.

Added another scary site to #FrightFest by renaming American Thunder to make good on a bet with @SFGreat_America pic.twitter.com/BVyKO9487f