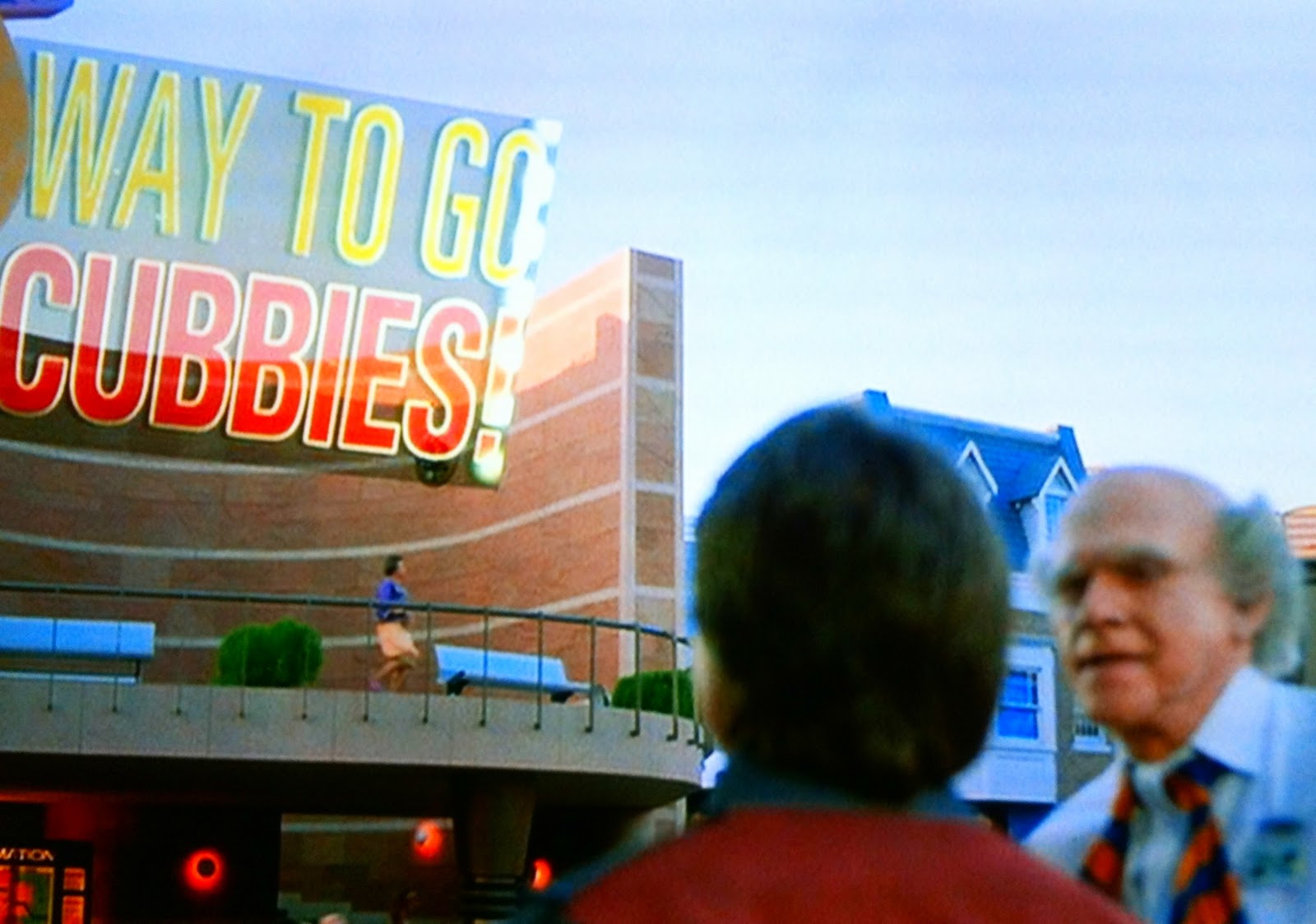 As the Chicago Cubs continue their journey through this postseason, it’s nearly impossible to get away from the Back to the Future Part II chatter about the prediction that the Cubs would win the 2015 World Series.

Well, it actually stems from Gale being a lifelong St. Louis Cardinals fan. He had already come up with the plotline of Marty McFly going back in time to make money betting on sports, but he needed something else.

“What better way to give him the idea than with a really outrageous scenario, which is the Cubs win the World Series?”

Ouch, but what would you expect from a Cardinals fan? So how exactly did Gale feel about the NLDS between the Cubs and Cardinals? On one hand, his favorite team was in the postseason yet again, but the Cubs were on a roll and if they continued to advance, he would look like an absolute genius. His response was pretty damn good.

“Somebody once defined mixed emotions as watching your mother-in-law drive off a cliff in your brand-new Mercedes. Was I rooting for the Cardinals? Yes. Was I also rooting for the Cubs? Yeah, maybe a little bit. This is one of those things where whatever happens, I’m a winner. If the Cardinals win, I’m happy about that. … But if the Cubs win, then I look really smart.”

Let’s hope he continues to look that smart. The Cubs continue their playoff push on Saturday night in New York for Game 1 of the NLCS.