The Chicago Cubs have been taking Major League Baseball by storm, and as Bill Murray is concerned “I don’t think the heavy stuff’s gonna come down for quite awhile”. The Caddyshack and Ghost Busters star doesn’t mess around when it comes to his Cubbie Bears.

Yesterday Murray participated in the BMW Championship Pro-Am at Conway Farms, sporting a pretty sweet pair of Cubs shorts. Comcast Sportsnet reported that along with his killer shorts, we received Hall of Fame honors as well.

“Thanks to the success of “Caddyshack, ” Murray was inducted into the Western Golf Association’s Caddie Hall of Fame with his five brothers Wednesday night, so he’s got that goin’ for him, which is nice.

…Murray – a Wilmette, Ill., native – has been a long-suffering Cubs fan, but is enjoying this recent run, even calling Cardinals fans ‘Satan’s messengers on Earth’ after the Cubs swept a doubleheader from the Redbirds in July.”

The Twitter world was going crazy about his attire and pictures were coming in left and right.

Just when you thought Bill Murray couldn't get any cooler. #Cubs pic.twitter.com/1aitIS1d7A

Bill Murray supports the @Cubs with his shorts: http://t.co/fQFDasVBP7 pic.twitter.com/RlKyIEleg1

This is not the first time Murray has shown his passion for the Cubs. Any Google search will show a bevy of images with Murray donning Cubs apparel. Here are some of the better ones.

Let’s just hope that Murray will continue to bring luck to the Cubs during this last stretch before the playoffs. Keep on rocking those shorts, Bill!

NEXT ARTICLE: What Is Joe Maddon’s Secret To Winning? 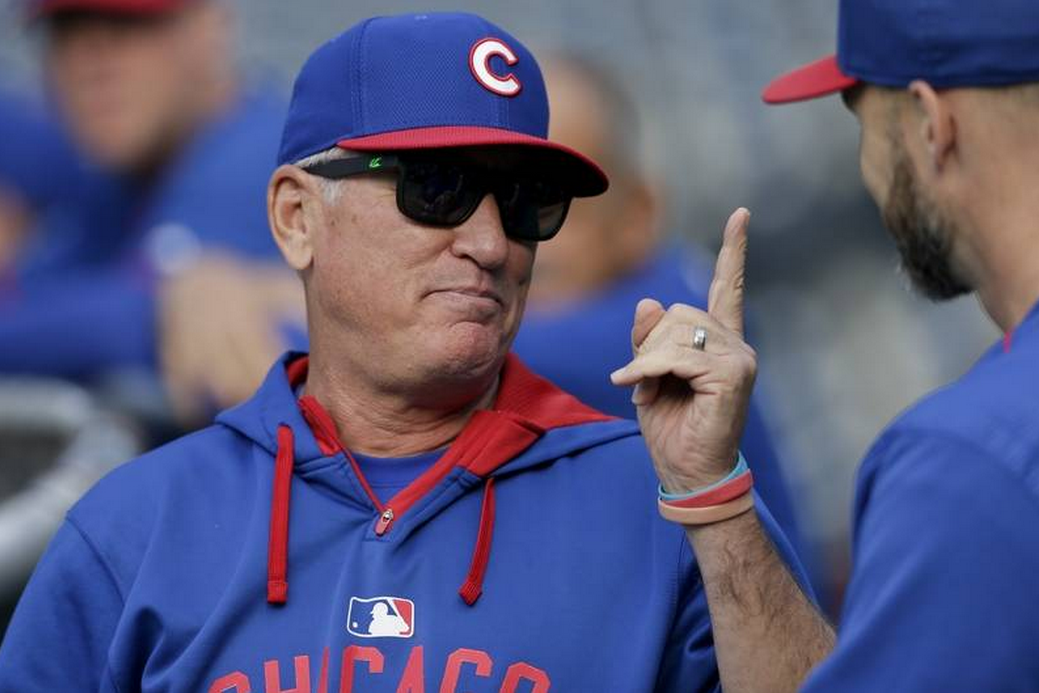