It was already announced that they will be taking on the Minnesota Wild. The really cool part of the event is that the customary alumni game will involve the North Stars. An old rivalry between the two teams has rosters jam packed with aging players ready to take one more shot at each other.

As with any outdoor game, there will be special jerseys. Typically these are considered throwback sweaters to pay homage to the teams of the past. Fans are still waiting for the official announcement for the Blackhawks for the style of their jerseys.

Minnesota reveals jerseys for the Stadium Series Alumni game will have a North Stars theme.

TSN has made the official announcement about the design.

“The alumni from the Minnesota North Stars team will get to wear stars on their chest, which is awesome enough, but the Wild alumni will be wearing these North Stars-themed Wild jerseys, which they should probably wear for the real game on February 21st.”

"N-Stars players get to wear Stars jersey in Stadium Series alumni game, & Wild players will don something like this" pic.twitter.com/vTK0KuvPCu

The coloring on the sweaters coincides with the original North Stars team from Minnesota, before they were shipped to Dallas. Many hockey fans have already weighed in on the design, and it seems to be a big hit.

The Minnesota Wild's jersey for the Stadium Series game vs the Blackhawks looks 💯 http://t.co/rujZZ99GJw pic.twitter.com/3rwkIWi11C

The Minnesota Wild Unveiled Their Jersey For The Stadium Series Game vs The Hawks & Its Incredible – Barstool Sports http://t.co/DgFu8V3qsC

The Blackhawks have yet to be outdone for the design of their sweaters for these games, often seen as having the best. Then again it’s always a tough hill to climb trying to find something that rivals the best logo in professional sports. Minnesota, however, has definitely raised the bar.

NEXT ARTICLE: Remember The Roar Of Old Chicago Stadium 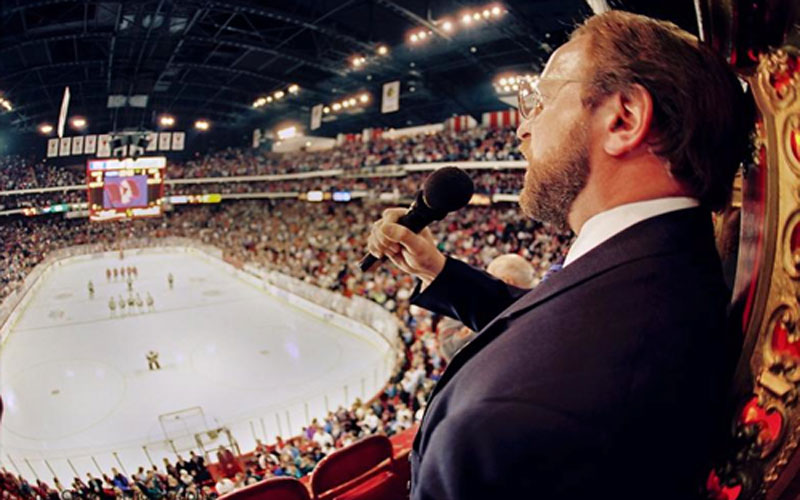