After a couple of hours filled with reports that the Chicago Bears were heavily interested in trading up in the draft to pick Marcus Mariota, GM Ryan Pace ultimately stuck with the No. 7 pick on Thursday.

USC defensive lineman Leonard Williams, who was seen as the best player in this year’s draft class, almost fell into the Bears’ hands. The New York Jets ended up drafting him with the No. 6 pick, one spot ahead of the Bears.

So, with a couple top defensive players still on the board Pace had several options. He decided to pick a wide receiver.

Kevin White out of West Virginia joins the Bears and with him he brings his girlfriend Roxy Gbor to the city of Chicago.

As it turns out, she had a feeling White was going to end up with the Bears all along, similar to his thought process a day before the draft.

While White was at West Virginia, Gbor attended Louisville, where she graduated in 2014. Looking at both of their Instagram accounts, the couple has been together since the summer of 2013 if not earlier.

Black twitter up in arms about Kev dating a white girl. Lmao Roxy got em hot. 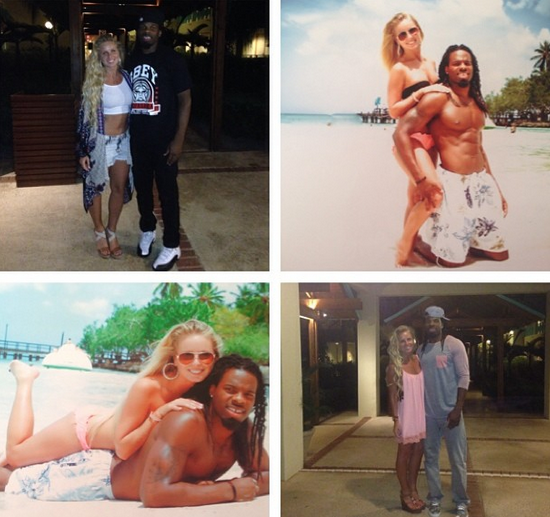