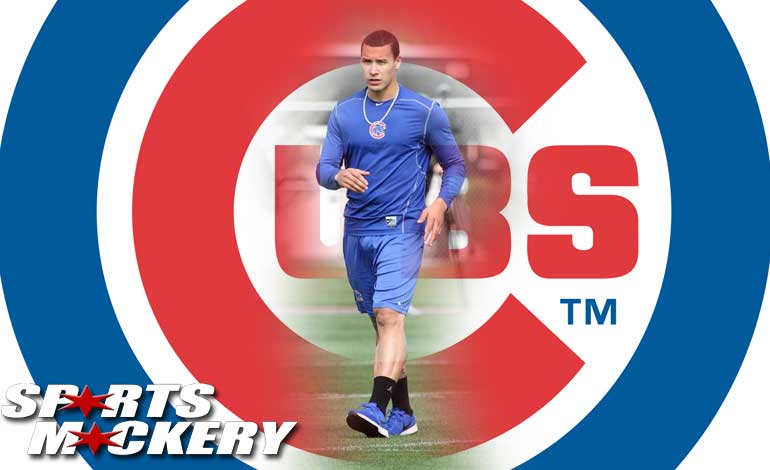 Of all the Chicago Cubs highly touted prospects, perhaps none has a higher ceiling than Javier Baez. That’s what made his disastrous major league debut so disheartening. Baez possesses bat speed that only Gary Sheffield can understand and when he makes contact it can be awe inspiring.

The problem is Baez rarely made contact in 2014 once he was called up to the bigs. In 229 plate appearances for the Cubs, Baez struck out an alarming 95 times and amassed an even more concerning .167/.227/.551 slash line.  However, Baez did connect on nine home runs over 52 games. That would put him on pace for 28 over the course of a whole season.

Baez showed up early for Spring Training looking like a new man. He is 15 pounds lighter and spent time in the winter league working with new Cubs hitting coach John Mallee on a new approach and improved swing.

Baez doesn’t get cheated when he swing the bat, but that violence, speed and torque that he produces takes a long time to rev up. That led to being late on fastballs regularly even though he can get his hands through the zone so quickly.

In a conversation with ESPN Radio’s Jesse Rogers, Baez says fixing his swing isn’t so much about mechanics as it is about being ready when the ball enters the zone.

“I think it’s all timing. I won’t change much about my swing. I’m just going to slow everything down and do the timing right.”

Baez needs more bat control and the way he can accomplish that is by slowing himself down and focusing more on contact than on hurting the baseball. He generates so much natural power that he can afford to lose a little a little bat speed and still easily carry 30+ home run potential.

One thing Mallee can do to help Baez is to put a timing mechanism in his swing. This is something that Jeff Pentland did with Sammy Sosa heading into the 1998 season. Well, the timing mechanism and “Flinstones vitamins” both helped Sosa. But, that little step back with his front foot allowed him to slow down his swing, wait back and ultimately resulted in a very different looking hitter.

As for the weight loss, Baez says he worked hard in the off season, but had some help in that department from his dentist.

“I sweat a lot and had my teeth done so I couldn’t eat much.”

Baez is still not a lock to make the big league roster out of spring training. He struggled mightily during winter ball striking out 21 times in 48 plate appearances and hitting .233/.306/.748. The addition of Dexter Fowler, by way of moving Arismendy Alcantara, and Tommy LaStella means the Cubs can survive sending Baez back to Iowa if he proves he is not ready.

The lineup is far better and the team will be significantly more competitive with an effective Javier Baez. Whether that happens to start 2015 or sometime down the road is yet to be determined.